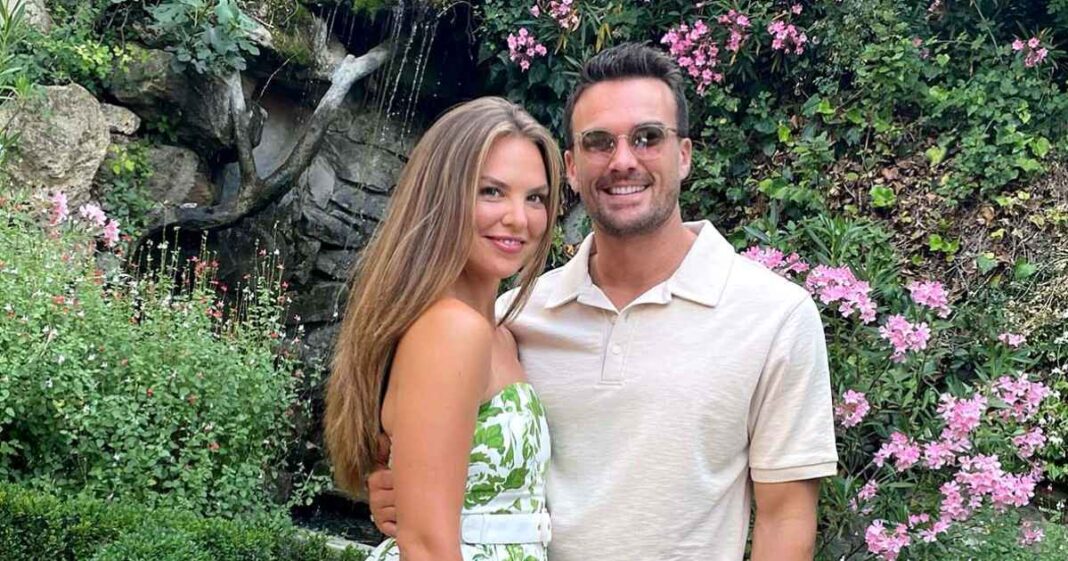 Coming up roses! Hannah Brown may not have found love on The Bachelorette, but her relationship with Adam Woolard has fans rooting for their happily ever after.

The former Bachelorette, who looked for love on season 15 of the ABC show, which aired in 2019, was first linked to Woolard in January 2021 after eagle-eyed fans identified him as the mystery man from her Nashville photos the same month.

The duo were spotted holding hands days later in Los Angeles, but they didn’t confirm the relationship until Valentine’s Day the following month.

Brown’s friend and fellow Bachelor Nation star Matt James did, however, comment on the budding romance in early February 2021, telling Entertainment Tonight that he had met the model already.

After posting photos with each other on the February holiday, the couple became more public about their romance. In March 2021, the Dancing With the Stars winner did a Q&A on her YouTube channel where she detailed different parts of her and Woolard’s life together.

“Life tends to assume a flow state when values and purpose are aligned 💙💫,” Woolard wrote via Instagram the same month, alongside a photo of the duo on a romantic beach date.

The following month, a source exclusively told Us Weekly that the relationship is “blossoming” and shows signs of turning into “something serious.”

The insider noted that Brown is “really excited” about her new man, especially because “their lifestyles are very similar.” Woolard feels the same way, according to the source, who told Us, “He even posted about ‘values and purpose’ aligning, and you can tell he’s just as happy having her in his life.”

The former pageant queen’s parents also “adore” Woolard and think he is a “great match for her,” the insider added.

As the romance has progressed the couple haven’t been shy about their feelings for one another. When Brown launched her clothing collaboration with L.A.-based line Show Me Your Mumu in May 2021, her boyfriend was quick to congratulate her.

“Many have seen you shine on TV, but few get to see how hard you work,” he gushed in an Instagram post at the time. “How thoughtful you are … and how you care for others … every single day.”

The same month, the southern belle wished Woolard a happy birthday, sharing videos of them dancing together throughout their relationship.

“You radiate goodness, positivity, and joy. I’m so thankful to be surrounded by your shine,” she captioned the clip.

Scroll down to relive Brown and Woolard’s sweetest moments together: