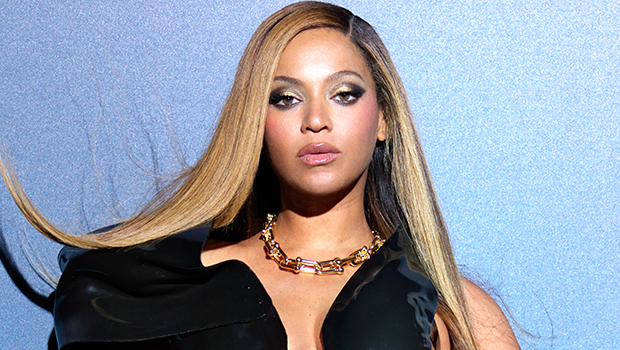 Beyonce looked both classic and futuristic as she preened in two luxurious videos for Tiffany & Co. The songstress, 40, rocked a black bodysuit and heavy gold chain link Tiffany jewelry in one video, as she draped herself over a massive stereo system. In a second video, also posted on Friday, September 2, the “Lemonade” singer brought the glam in an excellent gold trench coat and a diamond choker style necklace, along with a pair of sheer black gloves. Red lipstick and smokey eyes made the look extra dramatic.

The mother of three’s epic video clips prompted plenty of gushing comments from her 274 million followers. “Lady, please. we’re still overwhelmed from the album,” commented a fan, while another wrote, “Hollering, screaming, throwing up with excitement,” alongside crying emojis. “ROUND OF APPLAUSE,” a third fan reacted.

The stunning performer simply isn’t slowing down, and a source close to the pop diva shared her feelings on turning 40 last year. “Beyonce is looking forward to the next chapter of her life as she turns 40,” the source told HollywoodLife EXCLUSIVELY last September. “She has accomplished so much and experienced things that many people could only dream about. And while she’s looking forward to seeing where her career takes her over the next decade.”

The source added that as she moves into the next phase of her life and career, she plans to spend more time with her rapper husband Jay-Z, 52, and her children. “She’s also planning on carving out more time to spend with Jay and her babies,” the source revealed. “Beyonce has traveled all across the world, and it’s almost always been due to work obligations. So now she’d love to spend more time abroad to just experience different cultures and share more adventures with her family.”

Despite all her many accomplishments, and stunning campaigns, she says one thing stands out as the most important. “Out of everything I’ve accomplished, my proudest moment hands down was when I gave birth to my daughter Blue,” Beyoncé told Garage magazine in 2016. She’s since given birth to twins Rumi and Sir in 2017.