Britney Spears Reacts to Son Jayden’s Claims About Her Parenting 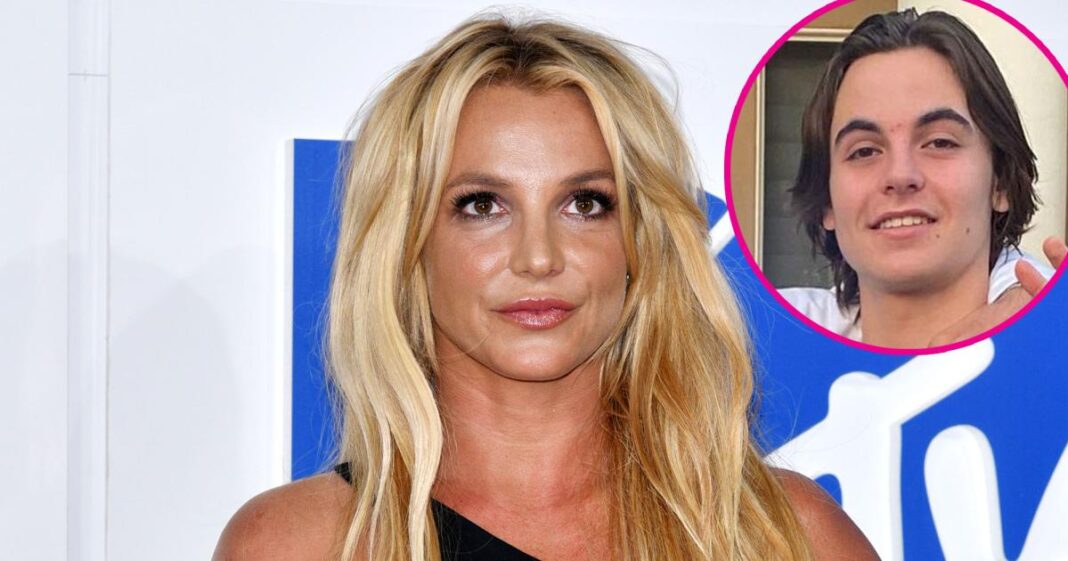 Sharing her side. After Jayden James — the younger son of Britney Spears and Kevin Federline — spoke out about his relationship with his mother, the pop star has weighed in.

“I’ve tried my best at being the best person I can be … to be basically held hostage in homes under nurses and bulls—t,” Spears, 40, alleged in a Thursday, September 1, Instagram statement. “I hope my kids one day understand my reasoning of my play in water revealing myself as any woman would being held under blankets and supervision under the conservatorship!!!”

She added: “I say to my son Jayden that I send all the love in the world to you every day for the rest of my life!!!! My love for my children has no boundaries and it deeply saddens me to know his outcry of saying I wasn’t up to his expectations of a mother …. and maybe one day we can meet face to face and talk about this openly!”

The 15-year-old made headlines hours earlier, giving a bombshell interview to the Daily Mail about his estranged relationship with the Crossroads star.

“I think Mom has struggled giving us both attention and showing us equal love and I don’t think she showed enough to Preston and I feel really bad for that,” Jayden told the outlet, referring to his 16-year-old brother, Sean Preston. “We’ve both been through so much pressure in the past that this is our safe place now, to process all the emotional trauma we’ve been through to heal, heal our mental state.”

He added: “If I complained, she went after [my brother]. I feel guilty, so I am there for him. Mom has treated me better.”

Both Jayden and Sean Preston primarily live with the Celebrity Fit Club alum, 44, and his wife, Victoria Prince. Federline is even the first person that Jayden confides in when he’s upset “because he is always there to put the pieces together.”

Spears — who wed Sam Asghari earlier this year though neither of her sons were in attendance — went on to claim that she still financially supports Federline, whom she was married to between 2004 and 2006.

“I helped your father who hasn’t had a job in 15 years. … I assume it is easier for you guys not to have someone check on you to make sure you’re doing your homework,” Spears alleged in her Thursday note. “I’m sure the stands of your dad smoking weed every day benefits your daily life at 15 and 16 to partake in a VERY COOL GENERATION.”

The “Stronger” songstress also noted that she “completely” understood her boys’ desire to live with Federline while she was under the conservatorship. (The singer’s father, Jamie Spears, had control over her estate and person until the order was terminated in November 2021.)

Britney added that she was “so happy” to “carry” 4 live tours, a judging gig on X Factor USA and “waaay more” in order to provide for her sons.

“I’m a teacher for you as well,” the former Mouseketeer wrote, addressing Sean Preston directly and praising his piano talents. “It’s horrible to see your dad be a hypocrite and say the media is horrible yet he has you talking about personal matters to them. … You are my child and always will be.”

Federline, for his part, recently spoke out about Britney’s conservatorship and their relationship during a 60 Minutes Australia appearance. “I was mortified for her. I really was,” the former backup dancer said in a teaser, which was released earlier this week. “The boys, the boys, the boys. I had to worry about them. I couldn’t get involved [in the legal drama].”

The “Circus” artist further noted that she sends “my love” to both Sean Preston and Jayden, and hopes to be able to see them “face-to-face” soon because she’s “so proud to call you both mine.”