Ok, so travel has opened up a bit!  I have been doing some camping and some castle staying!  Last places I camped were the KOAs in New Tripoli PA and Harpers Ferry WV.  (became a KOA member, also bought two new tents) Here are photos of the outside of Skyland’s Manor Ringwood, NJ, and my cabin in Harpers Ferry!!!  Get out and see the US while travel over seas is still questionable! 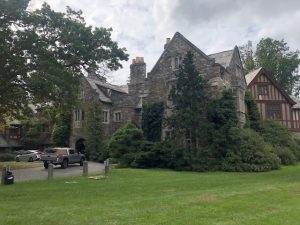 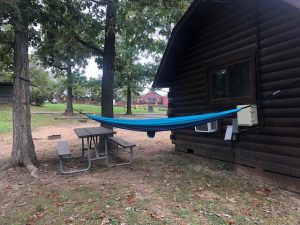 Many cases of coronavirus disease (COVID-19) have been reported in many states, and some areas are experiencing community spread of the disease. Crowded travel settings, like airports, may increase chances of getting COVID-19, if there are other travelers with coronavirus infection. There are several things you should consider when deciding whether it is safe for you to travel.

Things to consider before travel:

Depending on your unique circumstances, you may choose to delay or cancel your plans. If you do decide to travel, be sure to take steps to help prevent getting and spreading COVID-19 and other respiratory diseases during travel. For the most up-to-date COVID-19 travel information, visit CDC COVID-19 Travel page.

Well the last two places I have personally been are Maui and Charlotte NC.  Let me just say I have been to the Big Island and Wikiki and loved them but Maui is true paradise  go there sell yourself live there paradise.  And Charlotte is nice also Nascar and Billy Graham!  The NoDa area I found very enjoyable.  Below is some info from Wikipedia, the free encyclopedia on both.

From Wikipedia, the free encyclopedia

The island of Maui (/ˈmaʊ.i/; Hawaiian: [ˈmɐwwi])[3] is the second-largest of the Hawaiian Islands at 727.2 square miles (1,883 km2) and is the 17th largest island in the United States.[4] Maui is part of the State of Hawaii and is the largest of Maui County‘s four islands, which include Molokaʻi, Lānaʻi, and unpopulated Kahoʻolawe. In 2010, Maui had a population of 144,444, third-highest of the Hawaiian Islands, behind that of Oʻahu and Hawaiʻi Island. Kahului is the largest census-designated place (CDP) on the island with a population of 26,337 as of 2010[5] and is the commercial and financial hub of the island[citation needed]. Wailuku is the seat of Maui County and is the third-largest CDP as of 2010. Other significant places include Kīhei (including Wailea and Makena in the Kihei Town CDP, the island’s second-most-populated CDP), Lahaina (including Kāʻanapali and Kapalua in the Lahaina Town CDP), Makawao, Pukalani, Pāʻia, Kula, Haʻikū, and Hāna.

Native Hawaiian tradition gives the origin of the island’s name in the legend of Hawaiʻiloa, the navigator credited with discovery of the Hawaiian Islands. According to it, Hawaiʻiloa named the island after his son, who in turn was named for the demigod Māui. The earlier name of Maui was ʻIhikapalaumaewa.[6] The Island of Maui is also called the “Valley Isle” for the large isthmus separating its northwestern and southeastern volcanic masses.

Charlotte (/ˈʃɑːrlət/) is the most populous city in the U.S. state of North Carolina. Located in the Piedmont, it is the county seat of Mecklenburg County. In 2018, the U.S. Census Bureau estimated the population was 872,498,[4] making it the 16th-most populous city in the United States. The city is the cultural, economic, and transportation center of the Charlotte metropolitan area, whose population ranks 23rd in the U.S., and had a population of 2,569,213, in 2018.[3] The Charlotte metropolitan area is part of a sixteen-county market region or combined statistical area with a 2018 census-estimated population of 2,728,933.[5]

Between 2004 and 2014, Charlotte was ranked as the country’s fastest-growing metro area, with 888,000 new residents.[6] Based on U.S. Census data from 2005 to 2015, Charlotte tops the U.S. in millennial population growth.[7] It is the second-largest city in the southeastern United States, just behind Jacksonville, Florida. It is the third-fastest-growing major city in the United States.[8] It is listed as a “gamma” global city by the Globalization and World Cities Research Network.[9] Residents are referred to as “Charlotteans“.

Charlotte is home to the corporate headquarters of Bank of America, Truist Financial, and the east coast operations of Wells Fargo, which along with other financial institutions has made it the second-largest banking center in the United States since 1995.[10]

Among Charlotte’s many notable attractions, some of the most popular include the Carolina Panthers (NFL), the Charlotte Hornets (NBA), the NASCAR All-Star Race, the Wells Fargo Championship, the NASCAR Hall of Fame, the Charlotte Ballet, Children’s Theatre of Charlotte, Carowinds amusement park, and the U.S. National Whitewater Center.

Charlotte has a humid subtropical climate. It is located several miles east of the Catawba River and southeast of Lake Norman, the largest man-made lake in North Carolina. Lake Wylie and Mountain Island Lake are two smaller man-made lakes located near the city.

Most people don’t think of South America went they think of going on vacation. Even so, there are guided tours of many on this continent that will provide you with an adventure of a lifetime and will allow you to see things few venture forth to see. Adventure guided tours of Brazil may be just the South American location for you.

Most guided tours of Brazil begin in Rio de Janeiro, the largest city in Brazil. After getting you settled, your tour guide may begin by taking you on a spectacular two-stage cable car tour of the Sugar Loaf Mountain. At the top of the mountain, you’ll need to have your camera ready to take mountaintop pictures of Rio de Janeiro, Copacabana Beach and the lovely
Guanabara Bay.

While still in Rio de Janeiro, many guided tours will take you to see the sights of the city, including a visit to the H. Stern Gem Factory—the largest jewelry factory and store in the world. You may also visit the Corcovado Mountain, ascending the mountain by means of a cog railway. At the top, you’ll have a panoramic view of Rio de Janeiro from the site of the statue of Christ the Redeemer, sitting 2,300 feet above the city.

Guided tours of the city of Manaus are also available, where you can see the Indian Museum, the municipal market and a famous Italian opera house. Then it’s off to fly to Brasilia, Brazil’s planned, national capital. You’ll go on a lovely
tour of the city, including the President’s residence, the Military Ministries, the Itamaraty Palace and many other sites of interest.

Other guided tours will fly you into Salvador da Bahia, where you’ll take a historic tour of this site of colonial architecture. You’ll visit the Solar do Unhao, a restored colonial mansion where you can dine in the slaves quarters. There are many sites and attractions to see on guided tours of Brazil. Allow yourself at least two weeks to see and discover all that Brazil has to offer.

Body detox is among the best ways of keeping ourselves clean and healthy, besides other methods such as special diets, vitamin supplements, natural therapies, and so on. An important step in a full body detox is to restore or also to replenish energy levels to make you more alert in different areas of your life, such as at work. A body cleanse or body detox is also a great way to give your body a boost after a night of over-indulgence, eating all the wrong foods and consuming more alcohol than is healthy. That is why body detox is needed because some mortals are having this kind of lifestyle.

The human body has a built in detox system that removes harmful substances from the body through excretion but when we put pressure on it by eating unhealthy foods, drinking too much alcohol and not getting enough sleep the system is weakened. At one time, the need for a natural body detox seemed to apply only to those who suffered from some form of drug or alcohol dependency. The pollution your body is exposed to daily, and your consumption of various types of junk food, coffee, aerated drinks, alcohol etc leads to the accumulation of various toxins in your body. Initially known for elimination of excessive alcohol and drugs from the body, detox is now being used more extensively for the process of elimination of any kind of toxins that may be present in the body. A full body detox diet plan using raw vegetables and fresh fruits is especially recommended for young individuals whose bodies have been subjected to high levels of alcohol, burgers and pizzas.

Today’s refined diets, stressful lifestyles antibiotics or other health problems can deplete the body’s natural store of these little miracle workers and upset the delicate balance or eubiosis. There are numerous other methods to detox your body, such as through herbal tea and supplements, in addition to specialized diets and spa programs. Body detox diets vary but typically involve eating or drinking nothing but raw, steamed or gently stir-fried vegetables and fruit, pulses, sprouted seeds, thin soups, juices and plain cereals such as brown rice, millet or buckwheat. Mediterranean diets are low on fat and carbohydrates and they provide us with healthy alternative to the oily food we consume every day.

Start using the benefit of exercise to cleanse and detoxify your body. Exercise increases oxygen to your system and raises your body temperature, in effect combining oxygen therapy and hypothermia. Exercise detoxification is an effective method of cleansing many vital organs simultaneously and should become a regular part of your life. There are tons of exercise programs and plans out there, or just walking for at least 12-15 minutes a day is beneficial to the colon function. The simplest form of administering oxygen therapy is through a simple deep breathing exercise.

While our body is not totally defenseless against toxins as we have an effective built-in natural detoxification system but body detox is still a must to help keep your body free of toxins. One of the much-desired benefits of body detox is weight loss. Liver and Kidneys detox is excellent to use before and during a weight loss program, as it will improve weight loss results. In conclusion, making your own home remedy for body detox is much better and less expensive way to pursue long term health as compared to eating detox pills.

New books out and new posts coming, check out Amazon search on Kerecz and check out the new books. Now that they are done there will be new posts on the way!!!!