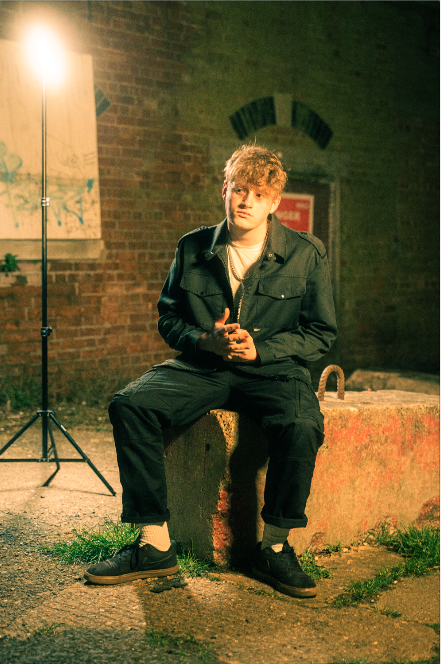 Gloucester-born Crispin has been surrounded by music his whole life. Everybody in his family is a musician, occupying a whole host of different roles, from organists to conductors to examiners and producers – music is in his blood. At a young age, Crispin was a chorister at Gloucester cathedral, providing him classic training and theory. This, combined with his contemporary influences has allowed him to create a sound of his own.

‘Lover Lover’ is an emotionally penned single. The one element that defines this is Crispin’s voice. Raw, emotional and soaked in in sadness but expressed in conjunction with irresistible melodies, his voice paints a vivid picture of heartbreak. Heartwarming pianos, slick guitars and velvet-like backing vocals come together to create a wall of melodies that ebb and flow around each other. Drums thrash in the choruses, creating a groove that will get you off your set, but alongside this are the verses that include a vulnerable ballad-esc sound.

Speaking further about this, he shares: “I wrote “Lover Lover” 5 years ago when I was 15. It came from my first ever, somewhat serious (as serious as it can be at 15) relationship that actually ended horribly for me and was quite traumatic at the time. I learnt a lot from the whole situation but it left me feeling, “if this was the worst outcome, then where is that person to make it the best one?”

It was one of the first songs I ever fully completed writing and, as I tend to only write in an emotional state, it truly came from the heart. It was also the first ever song that even saw the light of a studio whatsoever. So it only felt right that it was the first release. After so many years I finally took the song into the studio with Callum Lewis, an incredible producer, who completely fulfilled the vision of the song. After over half a year of intense production, it was finally ready for the mixing (Simon Todkill) and mastering (Pete Maher) and now here we are finally releasing. I am proud, super excited and bloody tired!”

Crispin still has a Reading wristband from 2019 in remembrance of a huge moment for him – he realised that he wanted to be the artist up there, not in the crowd. Planning to keep the wristband until he’s on the main stage performing, his dreams are ambitious, but definitely achievable with his undeniable talent – we can’t wait to see where he’ll take it.