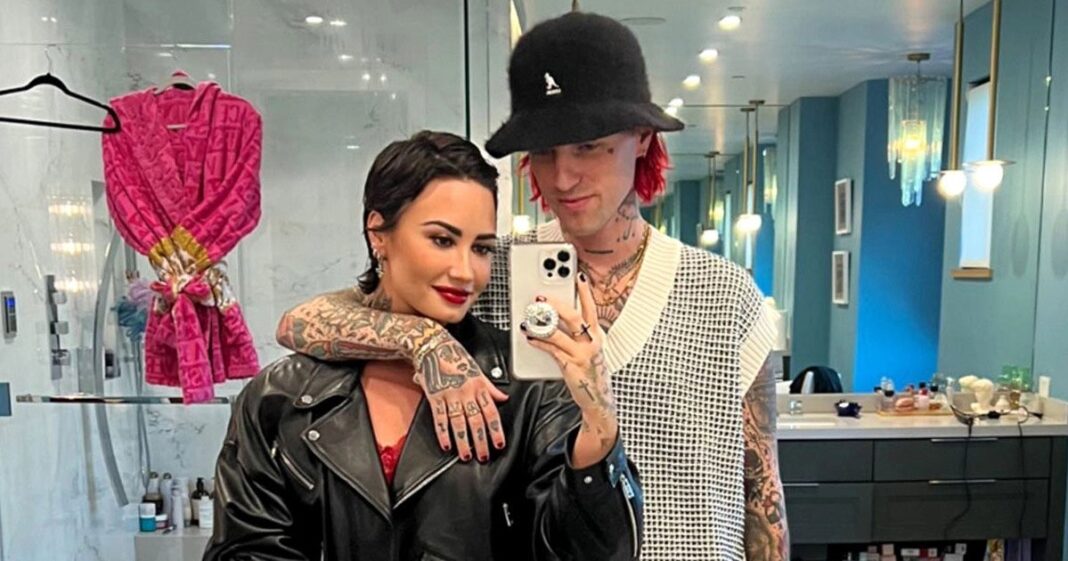 From music to romance! Demi Lovato found a special connection with Jordan Lutes shortly after they collaborated in the studio together.

In July 2022, Lutes reflected on the highlights of getting to work alongside Lovato for her eight studio album. “Substance by @ddlovato out now!! one of my fav songs i’ve ever worked on,” he gushed via Instagram, referring to the album’s second single. “When I got asked to pull up and write for this session, I remember thinking wtf am I supposed to do in a Demi Lovato session? Only to show up and realize she was making one of the hardest rock projects I’ve ever heard.”

He added: “Obviously a crazy milestone for me but beyond that I feel so blessed to be a part of something I’m such a big fan of. Cheers to the whole gang 🖤.”

In response, the actress took to the comments section, writing, “Thank you sooo much.. you killed the session (SESSIONS) and I’m so grateful to have gotten to work w you, here’s to many more!! let’s gooooo!! (Cya!!).”

One month later, the twosome sparked romance rumors when they continued to interact on social media and made several public outings together. At the time, Us Weekly confirmed that Lovato had started dating a then-unnamed musician two years after calling off her engagement to Max Ehrich.

The “Dancing With the Devil” performer later reflected on setting personal goals for herself ahead of her 30th birthday. “Things like having a family is really important to me,” she told Entertainment Tonight in August 2022. “It’s the substance of life.”

The Sonny With a Chance alum added: “I’ve really figured out who I am. I say that a lot, every time I get older, but it’s like I’ve never felt so sure of myself and grounded.”

Lutes, for his part, also recalled reaching major milestones amid his romance with Lovato. “Today marks 100 days sober and despite the covid i’ve never felt better mentally and emotionally,” he wrote via Instagram in July 2022.

The indie performer previously noted that it took some time for him to get to a good place with his sobriety. (Lovato has also been candid about her own ups and downs with addiction.)

“30 days sober… longest i’ve gone since high school. alcohol was my last remaining vice i used to deal w my anxiety and mental s–t. took me a minute to get here but doing my best to face s–t in a less harmful way these days,” he captioned an Instagram post in May 2022.

Scroll down to relive Lovato and Lutes’ romance: