Elderly Man Awarded $100M For Being Paralyzed After Cop Tased Him 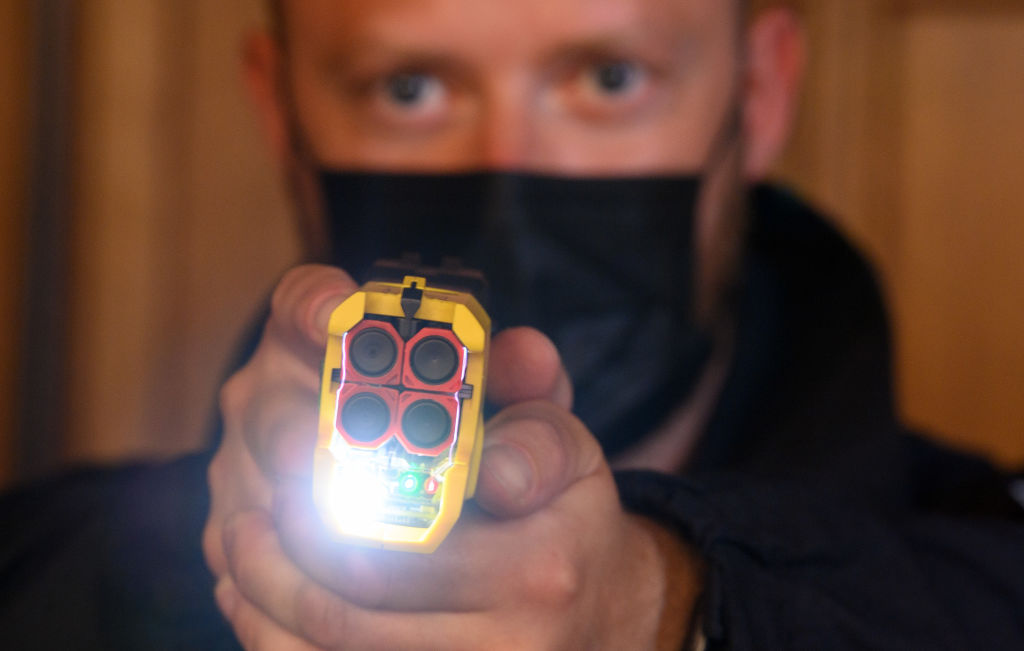 An elderly Black man has been awarded $100 million in a massive settlement after he was paralyzed from the neck down following a fall caused by an Atlanta police officer shocking him with a stun gun in what his attorneys describe as an excessive use of force.

Blasingame was 65-years-old on July 10, 2018 and reportedly panhandling when he broke his neck after Officer Jon Grubbs tased him during a foot chase.

Officer Grubbs was found to have used unreasonable force, and a federal jury awarded the settlement to Blasingame, who is now paralyzed from the neck down.

A jury awarded $100 million today to this man, Jerry Blasingame, due to a severe spinal cord injury he got from an @Atlanta_Police officer tasing him in the back as he ran away, his lawyer says.@Georgia_NAACP @AttorneyGriggs believes this will set a precedent.@11AliveNews pic.twitter.com/yhrlSe26C5

WXIA-TV and the Atlanta Journal-Constitution reported that jurors found that the Atlanta Police Department should pay $60 million, while Grubbs should pay $40 million in compensatory and punitive damages.

However, the city has since filed a motion for a directed verdict, wherein a judge’s ruling could amend the jury’s verdict.

Online records show that Judge Steve Jones has yet to make a ruling on that motion as of Monday.

Officer Did Not Fear For His Safety, And Victim Had Not Committed Serious Crime, Jury Finds

Prior to deliberations, Judge Jones ruled that jurors could reasonably find that Grubbs had used excessive force and added that they could consider the city’s argument as well, according to NBC news.

Jurors ultimately found that Officer Grubbs was not in fear for his safety and that Blasingame had not been committing a serious crime before he was tased, making his forceful response unwarranted.

“The record would allow the jury to find that Mr. Blasingame had not been committing a serious crime before he was tased/ that Officer Grubbs did not fear for his safety/ and that the exigent circumstances were not otherwise so severe as to permit Officer Grubbs’s use of force,” Jones wrote Friday.

The lawsuit is a result of Blasingame’s conservator, Keith Edwards, suing the city of Atlanta and the officer in question, for costs to cover past and future medical bills.

Blasingame will spend the rest of his life in a residential facility requiring round-the-clock care, his attorneys claim.

The case is one of a small handful of civil lawsuits that will make it to trial, with data compiled by the U.S. District Courts showing that less than one percent of federal suits end up in front of a jury.

Civil rights attorney Craig Jones told the Journal-Constitution that “sometimes that is the only way they can be resolved.”

“While only a small percentage of lawsuits actually go to a jury trial, sometimes that is the only way they can be resolved,” civil rights attorney Craig Jones told the outlet.

Blasingame’s case comes just days after a special prosecutor announced he would not be criminally prosecuting two other Atlanta police officers who were involved in the shooting death of Rayshard Brooks, who was killed by police after taking one of their Tasers outside a Wendy’s back in 2020, the newspaper reports.