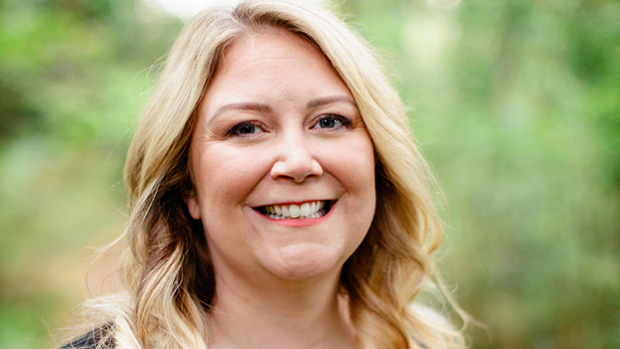 There’s a reason Allison Miller feels like the spotlight is on her race for State Attorney in Florida’s 6th Judicial District. That’s because it’s the only State Attorney race on the ballot in Florida this November… and it’s the first time a Democrat has fought for the role of Pinellas and Pasco County’s lead prosecutor since 1992.

“Sometimes, it feels very much like I have all of the Florida GOP coming at me,” Allison told HollywoodLife in an EXCLUSIVE interview. “I am kind of representative of the fight between the status quo, the good old boy cronyism, the [Governor Ron] DeSantis’ ‘law and order’ types.”

She isn’t exaggerating. Typically all of Florida’s 20 judicial districts vote for State Attorney during election years, keeping each community focused on its own race. However, the unexpected death of the 6th District’s 28-year veteran State Attorney Bernie McCabe in Jan. 2021 triggered a special election for Pasco and Pinellas Counties’ top prosecutor in 2022. Now, Allison is running against Bruce Bartlett, the current acting State Attorney and McCabe’s former right-hand man, giving the district which is home to St. Petersburg and Clearwater its first State Attorney race since 1992.

Prosecutors like State Attorneys and District Attorneys are dealing with a broader scope of issues these days. In addition to rising crime and worried communities, some local prosecutors are being forced to weigh in on issues like abortion and transgender healthcare, as in Florida.

Just the day before Allison and I spoke, Gov. DeSantis suspended State Attorney Andrew Warren of Hillsborough County for pledging against prosecuting Florida’s 15-week abortion ban. (The ban is in legal limbo after being deemed unconstitutional by the Florida Supreme Court before the fall of Roe V. Wade in Jun. 2022.) Looking to Florida’s highest court as guidance, Allison has also pledged against prosecuting abortion as a crime if elected, and because of this, she’s even more worried about becoming a political “target.”

“The governor has already made Andrew Warren a target because of his views on prosecuting abortion, views I share,” Allison explained. “So, I do have some concern that I might be who the governor is coming for next.”

Herschel Walker’s Son & His 3 Other Secret Kids: Everything To Know

Those worries, however, aren’t keeping Allison from fighting for criminal justice reform. Her first encounter with the law was as the victim of a violent assault as a teenager, and later in college after surviving rape. From there, she became fascinated with trying to “understand” why people commit crimes.

A law degree from Florida State University College of Law lead to an internship at the U.S. Department of Housing and Urban Development, and then a 15-year career in the Public Defender’s office. There, she’d become one of the few public defenders to take on death penalty cases, a mission driven by her belief in the “dignity of all human life from conception through natural death” as a Catholic.

As a public defender, Allison saw her area’s prison numbers surge, largely because of non-violent drug offenses and harsh bail policies. Instead of tackle the issue, she remembered reading an interview where acting State Attorney Bartlett said his office’s “most effective” quality is its “lack of change.” “That’s when I decided to run against him, because that became untenable,” Allison said.

Though she is ready to refurb the Pasco and Pinellas County justice system, the public defender is far from a “progressive prosecutor” or the “soft on crime” candidate the other side might try to paint her as. “I believe I am the law and order candidate”, noting her stance on bail reform and cost-cutting diversion programs.

Allison was quick to admit she’s not for maintaining the status quo. “If you think we should keep doing it the same way we’ve been doing it for 40, 50, 60 years, then I’m not the right candidate for you,” she explained. “But if you think that we could do it better to keep people safer, to be a better steward of the taxpayer dollars, and hopefully provide folks a pathway to redemption out of the system, then you should definitely vote for me.”