He Accepted Album Of The Year Award – Hollywood Life 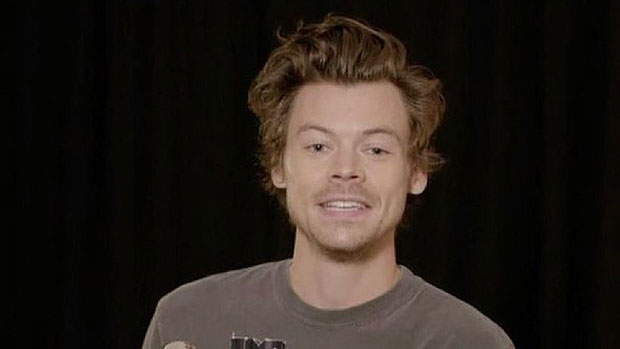 Harry Styles was not able to accept his MTV VMA for Album of The Year in person, due to one of his Madison Square Garden concerts on Sunday, August 28. As he thanked his fans for their support, he apologized that he couldn’t be at the Prudential Center in Newark, New Jersey to accept in person. “I’m sorry I can’t be there with you tonight,” he said in a video message. “I hope you’re having a wonderful evening, and thank you so much.”

Aside from apologizing, he did quip that his concert at The Garden was about to kick off. “I’m about to go onstage just down the road, but I hope you’re having a wonderful evening, and thank you so much,” he said. As he held the award, he sported a simple gray t-shirt with a house printed on it.

Earlier in his brief speech, he thanked his producers Kid Harpoon and Tyler Johnson for their contributions, and their “brilliance” in making something “worthy of the love fans have shown this song.” The popstar also thanked the fans who voted for him. “I know this is a fan-voted award. I would like to say thank you to all my fans who voted. I wouldn’t be holding this if it wasn’t for you,” he said.

The “Watermelon Sugar” singer is one of the most nominated artists for the evening, with eight awards up for grabs. He’s most nominated along with the show’s host Jack Harlow and Doja Cat. He’s in the running for both the coveted Artist of the Year and Video of the Year for his hit single “As It Was.” Harry is also in the major categories for Best Pop video, Song of the Summer, and Album of the Year (for Harry’s House).

In the past, Harry’s been nominated nine times as a solo artist, but prior to 2022, he’s only taken home one Moonman for Best Choreography in his “Treat People With Kindness” video, but he does have four VMAs under his belt from his One Direction days, including their first wins in 2012 for Best New Artist, as well as Best Pop Video and Most Share-worthy Video for “What Makes You Beautiful.”

Harry’s appearance at the VMAs comes amid his Love on Tour, and his 15-night stint at New York City’s Madison Square Garden. The Big Apple residency kicked off just over a week ago on August 20, and Harry seems like he’s been having a blast in New York, as he’s been seen out and about with his girlfriend Olivia Wilde on plenty of occasions. The New York run will come to an end on September 21, and Harry will have slightly shorter stays in Texas and Illinois before another extended set of shows in Los Angeles.

Taylor Swift’s MTV Video Music Award Wins: How Many She’s Won & For What