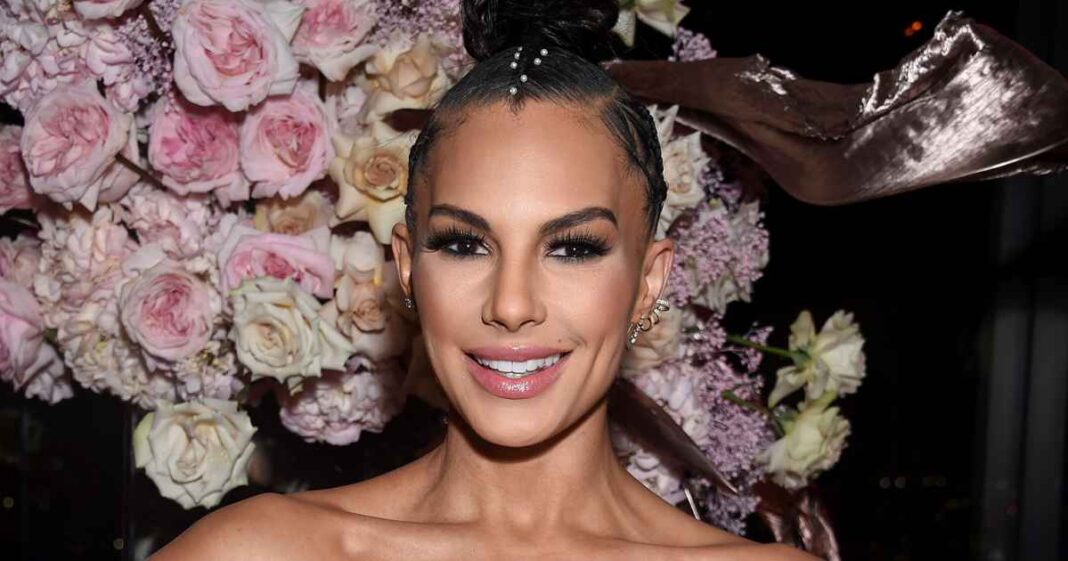 Long-distance love. Amanza Smith is still going steady with her boyfriend of more than two years — but fans still don’t know his identity.

“I’m still in the same relationship I’ve been in for about two and a half years now, and we’ve remained very low-key,” the Selling Sunset star, 45, told Us Weekly exclusively on Tuesday, August 30, while promoting her partnership with Glad ForceFlex with Clorox and her collaboration with clothing brand Bella Boss. “Everyone on the cast knows him and has met him. He’s spent time with Jason [Oppenheim] and the boys and everybody.”

The interior designer added that her “long-distance” beau lives overseas, making it hard to have him featured on the show’s upcoming sixth season.

“You might see maybe some FaceTime phone calls or something like that. I joked to the cast that I was gonna just print out a life size cardboard cutout of him and bring him with me everywhere so that I had a partner,” Smith quipped. “Everybody loves him. I’m trying to convince Netflix to fly to where he resides and film us but I don’t know if they’re down for it. He plays football in another country.”

The Indiana native married ex-husband Ralph Brown in July 2010 but called it quits two years later. Smith, who shares daughter Noah, 11, and son Braker, 10, with the former NFL player, revealed on season 2 of Selling Sunset that Brown went “off the grid” in 2019 and said they were estranged.

In September 2021, the realtor was awarded sole custody of her children after taking legal action earlier in the year. According to legal documents obtained by Us, Smith revealed that she hadn’t been in contact with her ex-husband since September 2019 after he was last spotted bringing their kids to school in L.A. a month earlier.

As for her current relationship, Smith shared that there was “something fun” about not sharing the details about her beau with the world just yet. “Some people think they’ve figured it out,” she added. “I’ll wait to give his name and everything in an article.”

Fans indeed thought they “figured out” who the Netflix star was seeing back in December 2021 after she was photographed with Zac Efron in Las Vegas for UFC 269.

In the snap posted by Tarek El Moussa, Smith posed with the Greatest Showman actor, 34, in a group shot with the Flip or Flop host, 40, and Smith’s costars Mary Fitzgerald and Heather Rae Young. The Efron connection was simply speculation, however, as the Netflix star confirmed to E! in March that she only saw him for “two seconds” for a photo.

For now, the style influencer is focusing on keeping her boyfriend out of the spotlight and slowly integrating the relationship into her life with her kids.

“[For a year], they would hear me talking on the phone or see me on FaceTime — that was just mommy’s friend,” Smith shared with Us. “But then I let them know that I had a boyfriend and they met him about a year into the relationship. He came to L.A. and he was here for like a week. We took them each on separate days and spent time with them separately.”

She continued: “They both absolutely adore him. He has children also and he’s a really amazing dad. It was really easy for him to know exactly how to be with them. I think once we can all be in the same country, eventually one day it will just be one big happy bunch … I would love nothing more than to walk down the aisle with my biological dad and marry this man because he’s awesome.”

In between FaceTiming with her beau and filming for Selling Sunset, Smith has stayed busier than ever. In a collaboration with L.A. fashion line Bella Boss, the design entrepreneur recently released a limited edition capsule collection featuring numerous trendy and laid-back West Coast styles.

The TV star also teamed up with Glad to promote their ForceFlex with Clorox line of trash bags, partaking in “really fun shoot” with the brand to show the efficacy of the odor guard technology.

As potential buyers toured a home in Los Angeles, Smith watched on to see if they could detect the bags of stinky trash she secretly hid around the property. “I had my eyes on all of the potential home buyers as they walked through the house and they [didn’t] even realize that they were inches away from a giant bag of trash — no one detected a thing!”

With reporting by Diana Cooper