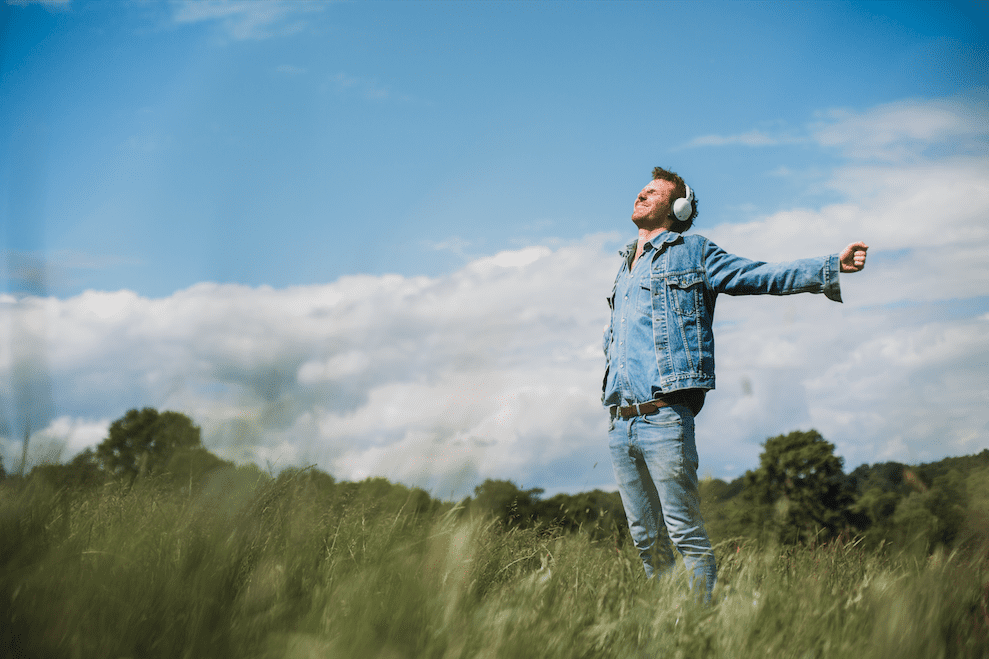 It’s clear to hear that John Dhali has a unique sound. His signature sound is a mix of folk, pop and indie, and has been been refined over a number of years. Over the course of this period, John has overcome huge personal obstacles, emerging from from illness and rehabilitation, and he wants to infect his audience with a positive message off the back of this.

‘IN TIME LP’ showcases a much more mature John Dhali. An infectious, playful offering, the album is tinged with emotion and boldness that showcases the vulnerability of the singer-songwriter. His sound is even more refined and throughout the album with the signature stand out feature being his voice. His tone is laid upon infectious melodies that carry well-penned lyrics.  Groovy drums mix with string instruments effortlessly creating a sunshine soaked listen.

His lead single ‘Plain Sight’ is set out to create an impact and he’s definitely achieved that. Minimal but infectious drums provide a strong foundation. Guitars provide vulnerability and fluctuates between the impactful string section that thickens the track. John will keep the listener enticed in with his dynamic changes, going from the captivating chorus to the tranquil outro.

Speaking about the release he says: “Plain Sight came about from an intense period of working through my innermost shit. It was one of those rare and beautiful unicorn songs that falls out pretty much fully formed – just easily and naturally.  Recording was kind of the same – everything pulled together in three days and just felt good.  It was exactly what I wanted to say, and still is. Just gotta push through the dark and shine your light – it’s like a mantra I try to live by, not always successfully, but I’ve got faith in myself and in humanity.”

In 2017 he released the track ‘Only One’ with an extraordinary video of him performing the song in the middle of a crowded Manchester Piccadilly train station wearing his trademark headphones. Small-scale record deals followed but with the companies having limited resources and experience, eventually led nowhere. Experiments with a six-piece band, time spent in India, a honing of live performance through busking meant by 2020 John was working full-time in music. He finally had the sound, the look, the songs he had been searching for. The new album is a crowd-funded endeavour, proving just how unstoppable John is.  Make way for an artist on the rise.