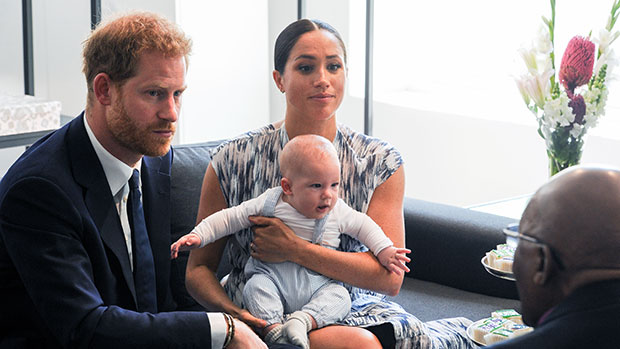 Meghan Markle revealed that there was a fire in her son Archie Harrison Mountbatten-Windsor when he was an infant in the first episode of her new Spotify podcast Archetypes, which debuted on Tuesday, August 23. The Duchess of Sussex, 41, opened up about the terrifying incident while praising the “amazing nanny” Lauren, who saved her son, 3, during what was surely a mother’s worst nightmare, during a conversation with Serena Williams.

The former Suits actress revealed that the unexpected fire broke out while she and Prince Harry, 37, were out at an event in South Africa when they received news that there “had been a fire in the baby’s room,” when Archie was only four months old. She said that she got the news of the fire right after she wrapped up giving a speech. As the nanny and Archie had been out of the room, the nursery caught fire. “The heater in the nursery caught fire,” Meghan explained. The duchess explained that the nanny and her son had gone down to get a snack before she put him to bed.

Thankfully, everyone was safe, but it clearly still shook up Meghan. “He was supposed to be sleeping in there,” she said. “Of course, as a mother, you go, ‘Oh, my God.’ Everyone’s in tears, everyone’s shaken.” She revealed that there wasn’t a smoke detector in the nursery, but thankfully, someone noticed the fire and acted fast. She explained that someone “happened to smell the smoke down the hallway,” and ran to put out the fire.

Despite having received the terrifying news, Meghan revealed that she and Harry still had to attend royal engagements. She said that even though they’d rushed back to where they were staying, they ended up needing to head out again, despite her trying to stay. “We had to leave our baby,” she said. “Even though we were being moved to another place afterward, we still had to leave him and go do another official engagement.”

Meghan had recalled the fire while discussing how public figures like she and Serena often still need to go out for events, even after major life events. “So much optically. The focus ends up being on how it looks, instead of how it feels, and part of the humanizing and the breaking through of the labels and the archetypes and these boxes that we’re put into is having some understanding of the human moments behind-the-scenes that people might not have any awareness of and to give each other a break,” she explained.