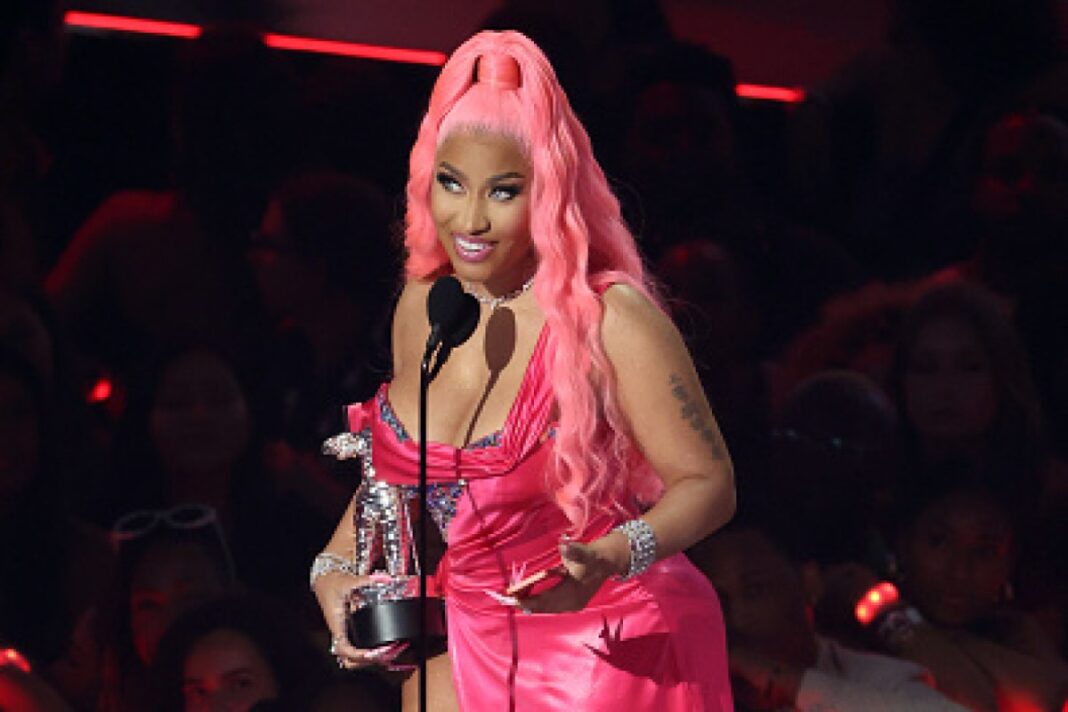 Just another milestone! Nicki Minaj stood before her fans to accept the 2022 Video Vanguard award on Sunday night, an honor that she’s dreamed of her whole life. And while Nicki was being recognized for her hard work, dedication and her craft, she was giving flowers to the people who lent her a helping hand over the course of her career.

After Nicki killed her performance of ‘Anaconda’ and her new single ‘Super Freaky Girl,’ Nicki sent her love and appreciation to a lengthy list of A-list celebs.

I wanna take a second to say thank you to all of the key people that inspired me, and who I think inspired my flow: Lil Wayne, Foxxy Brown, Lauryn Hill, Jay-Z, Slick Rick, Doug-E Fresh. The people who gave me huge opportunities that I will never forget: Kanye West, Beyonce, Madonna, Mariah Carey, Eminem, Britney Spears, Rihanna, and all of my Caribbean people but Beanie Man thank you for everything.”

While Nicki has not publicly spoken about any of her own mental health issues and traumas, she took a moment to acknowledge the greats who came before her, whose mental health may have led to their demise.

Minaj, who lost her father due to a tragic hit-and-run accident, shared a message about some of the superstars the world lost to tragedy.

I wrote this down, I don’t know why y’all but this was in my spirit to say: ‘I wish that Whitney Houston and Michael Jackson were here. I wish that people understood what they meant and what they were going through. I wish people took mental health seriously, even for the people who you think have the perfect lives.”

Soon after, Nicki popped out in a perfectly fitted pink gown to accept the award for ‘Best Hip-Hop Video Of The Year for her collaboration with Lil Baby on ‘Do We Have A Problem.