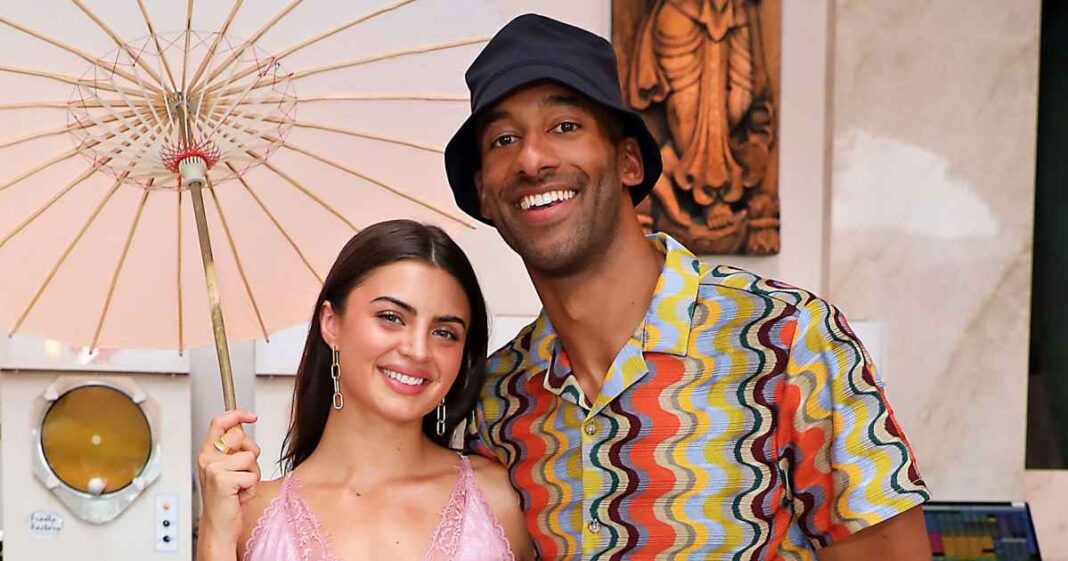 That’s her man — and she wants the world to know! Rachael Kirkconnell clapped back at a sports announcer who incorrectly claimed that her boyfriend, Matt James, was “single” numerous times during a recent celebrity basketball tournament.

“Anytime Matt would do something, announcer: ‘Ladies, he’s single,’” the Georgia native, 25, wrote via her Instagram Story on Monday, August 22, alongside two videos of the former season 25 Bachelor, 30, playing in the Monster Energy Big3 Celebrity Game in Atlanta. “Like what?!!?! literally a good 10 times.”

James and Kirkconnell — who won her boyfriend’s season of The Bachelor — have been going strong since reconciling their relationship in April 2021, one month after they split due to the Georgia College alum’s racism scandal. (In early 2021, a photo of Kirkconnell attending an “Old South”-themed party on a plantation surfaced online, leading fans to accuse the reality star of being racist.)

In April, James got candid about his future with Kirkconnell on Us Weekly’s “Here for the Right Reasons” podcast.

“I wouldn’t be with someone that I wasn’t considering marrying, especially at this point in my life,” the North Carolina native exclusively told Us. “We’ve talked about living in the same city and what those next steps look like. Everything’s on the table.”

Kirkconnell agreed, telling Us in July: “The only timeline I give him is I was like, ‘I gotta have kids before, you know, I can’t have kids,’” she said, laughing. “So keep that in mind.”

While James also referred to the graphic designer as his “best friend,” not everyone is as enamored with Kirkconnell as he is.

“We just have our own ways of clashing,” the model, 29, explained to Us. “I don’t like listening to people sometimes. And she’s strong and she has a really good opinion on a lot of things. And sometimes I don’t want to hear it.” Still, he noted, Kirkconnell “always means well” and is a “really good person.”

Cameron’s clarification came on the heels of a shady comment he made about the couple on a May episode of Watch What Happens Live With Andy Cohen, during which he opined that James and Kirkconnell have a “love-hate” relationship.

The contractor also shut down rumors that he and James are no longer friends.

“I think people think [Matt and I aren’t friends] because we’re just not in each other’s everyday lives like we used to be,” he explained to Us. “I think it’s part of growing up. It’s part of entering a relationship.”

He added: “We all have those friends that they grow up, they start dating their person, they get married, they do their thing and you see him when you see him.”