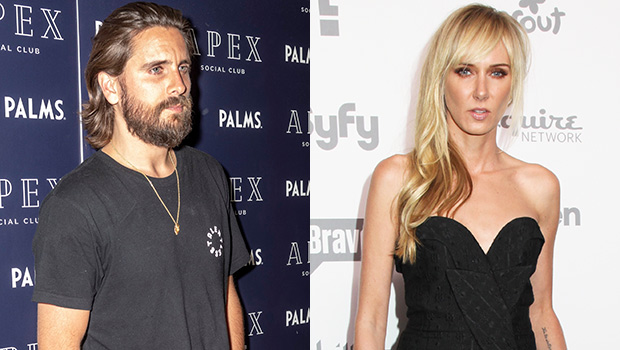 Scott Disick and Rod Stewart’s daughter, Kimberly Stewart, 42, were seen out and about again — only this time, the duo were holding hands! Following the marriage of his ex Kourtney Kardashian to Blink 182 drummer Travis Barker, Scott, 39, stepped out for dinner with Kimberly at Giorgio Baldi in Santa Monica, California. In pics, which you can SEE HERE, they were seen outside the tony dining spot on Sunday, August 21, comfortably holding hands as cameras snapped their movements.

Kimblery wore a sleek black ensemble with a plunging neckline, silver necklace, and leather stiletto boots for the outing, while Scott wore a casual plaid top, blue baseball cap, and brown sneakers. It was nowhere near the first time they have been seen together — in fact, it’s happened often enough that fans have begun wondering if they’re an item. They were most recently seen out on a casual lunch date on August 18.

However, a source told HollywoodLife EXCLUSIVELY back in June that the duo are merely “friends.” “Scott is friends with the entire Stewart family, not just Kimberly,” they told HL. “He’s known them for years and has hunt out countless times with her brother and dad, too.” The source added that Kimberly and Scott are totally platonic. “At this point, Scott and Kimberly have more of a sibling-type relationship and the romantic aspect just isn’t there,” the insider continued. “There is no attraction there and Scott looks at Kimberly like a sister.”

The latest sighting comes after news broke that Scott flipped his Lamborghini in a terrifying car crash; the incident reportedly happened after his date with Kimberly. And all of it comes as Scott is reportedly adjusting to the new reality of Kourtney’s marriage with Travis. The couple were married no fewer than three times this past year — an April practice run in Las Vegas was followed by a legal ceremony in Santa Barbara, California, and a lavish celebration in Italy in May.

“The worst part about all of this now is that, as he tries to move on, he has to experience Kourtney’s wedding not once, not twice, but three times,” a separate insider told HollywoodLife EXCLUSIVLEY in May. “It is like he is reliving his worst nightmare over, and over, and then over again.”