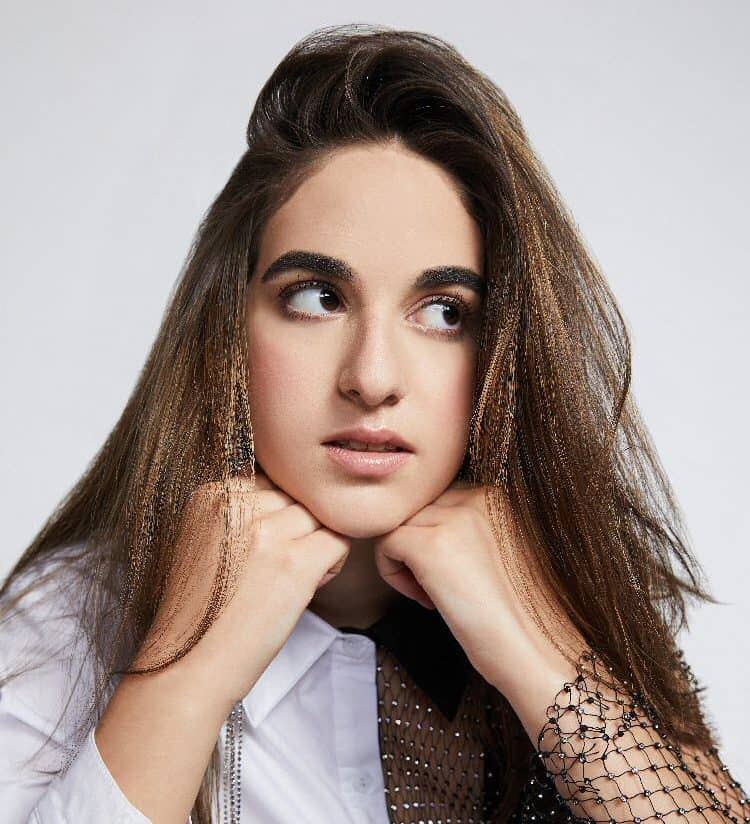 Featuring five original songs that have been featured by everyone from Just Jared Jr. to Hollywood Life, the EP is the culmination of a busy year for the rising star.

Ava’s EP ‘Truth Or Truth’ is composed of five original songs that she has written over the past year, as Ava explains “the title originated from my favorite line in one of the tracks called “my boyfriend”. I think the line reflects the honest and laid-back qualities of my EP. I’m so excited for people to hear it!”

The EP begins with the empowering ‘power of you’ that features beautiful vocal harmonies from Ava Della Pietra.

‘Depend on me’ has more of a mellow feel in places as Ava gets a chance to showcase more of her vocal range alongside the catchy melody.

The lyrics of ‘Long way home’ have a nostalgic quality, which are given life by the dreamy vocal stylings of Ava Della Pietra.

‘My boyfriend’ is a truly delightful track with lyrics that are tender as they tell the tale of wishes for romance.

The EP concludes with ‘I’ve been thinking’ with heartfelt verses that narrate about friends who drift apart despite promising to stay in contact.

For as long as she can remember, Ava has been drawn to music – but it wasn’t just listening to it; it was creating it. A multi-instrumentalist who plays piano, bass, guitar, violin, and ukulele,

Ava began performing at age four and writing songs at age five. By the time she was 12, she was starring in the original Broadway cast of School Of Rock, having already toured the country in the national tours of White Christmas and Les Misérables.

For Ava, songwriting and performing is something that has always come easily. She’s been featured on shows like Good Morning America and Sesame Street, performed at the Sundance Film Festival and the Great South Bay Music Festival, and even played Madison Square Garden in front of 20,000 Knicks fans.

Recently, the New York State School Music Association Calls for Creators Competition ‘Songwriters Showcase’ named Ava the 2021 winner for her songs ‘Optimist’ and ‘Moon’, while the New York Young Performer’s Prize competition awarded her 2nd prize for her performance of the song ‘Popular’ from the musical Wicked.

Now with ‘Truth or Truth’, Ava focused on a more organic path, even as she prepares for the release of a more pop-centric album over the next year.

Working with producer Will Hicks (Ed Sheeran, Jamie Lawson, Beyoncé) as well as producers Steven Martinez, Adrian Gurvitz (Andra Day, Ziggy Marley) and Jimmy Greco, Ava has written more than 130 songs, many of which whilst quarantining with her family on Long Island.

“My creativity was really flowing, I would just sit right down and write a song. My newer songs are based on emotions that I am feeling in my every day life.”

Confident, talented, smart and focused, the world is, as they say, Ava’s oyster, something she isn’t taking for granted.

“I am going to take things as they go and continue to share my experiences with people,” Ava said.

“No matter what I do when I get older, I will always keep releasing music.”

While the topics of her songs range from friendships to love to self- empowerment to world issues, Ava spends a lot of time with her lyrics when she’s writing, knowing that they will always be a place in time that she has captured.

“Music is such a powerful way to convey my thoughts and ideas, it’s like a journal, a true snapshot of my life. Looking at it retrospectively, it has helped me discover a lot about myself; I hope my songs do the same for others.”