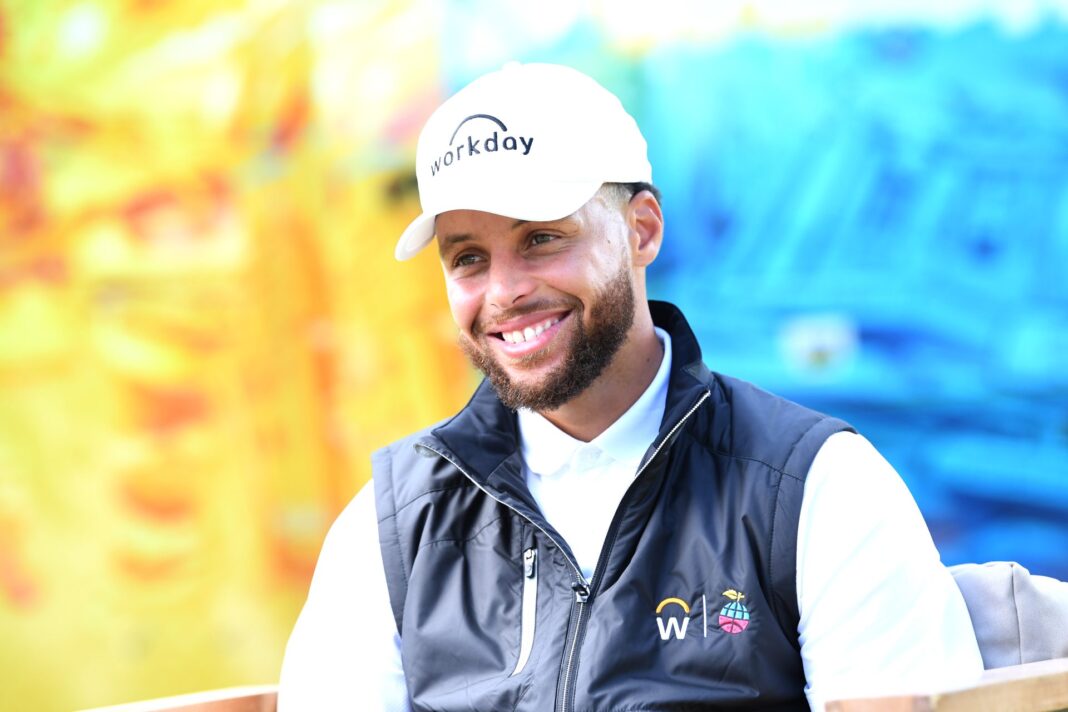 Issa college graduate! Golden State Warriors star Steph Curry returned to Davidson College in Davidson, NC, 13 years after leaving for college following the NBA draft to walk the stage in a special college graduation ceremony. The Curry family was in attendance to attend an event centered all around Steph Curry. The NBA baller finished his degree in May but was unable to participate in the ceremony because of the NBA playoffs. During the ceremony, his parents Sonya and Dell, spoke about their remarkable son.

Sonya reflected on how initially she wanted her son to attend a more prominent school, but her mind changed when she saw how happy he was at Davidson. Dell, who retired as the Charlotte Hornets all-time leader in points and three-point field goals made, touched on his son’s work ethic. He noted that the next time Steph is inducted into a Hall of Fame, “You know where that is going to be.”

As the ceremony continued, Steph became emotional as he walked across the stage and received his Bachelor of Arts in sociology. The 4× NBA champion had the opportunity to speak on the accomplishment.

“This is an absolutely amazing day and an amazing moment for myself and my family,” he said. “The best decision I ever made was to come to Davidson College and pursue an education, join an amazing community and, most importantly, play for an amazing man who has built this program in Coach [Bob] McKillop.”

In addition to walking the stage, he also had a Hall of Fame induction and a jersey retirement. Steph has always been a force on the court. While attending Davidson College from 2006 to 2009, Steph became the school’s all-time leader in points, 3-pointers, free throws, field goals, and steals, according to ESPN. He finished his college career as the Southern Conference’s all-time leading scorer, set an NCAA record with 162 triples in 2008, was the 2009 Southern Conference Bob Waters Male Athlete of the Year, and was a consensus All-American in 2009. He also led the Wildcats to the Elite Eight in 2008.