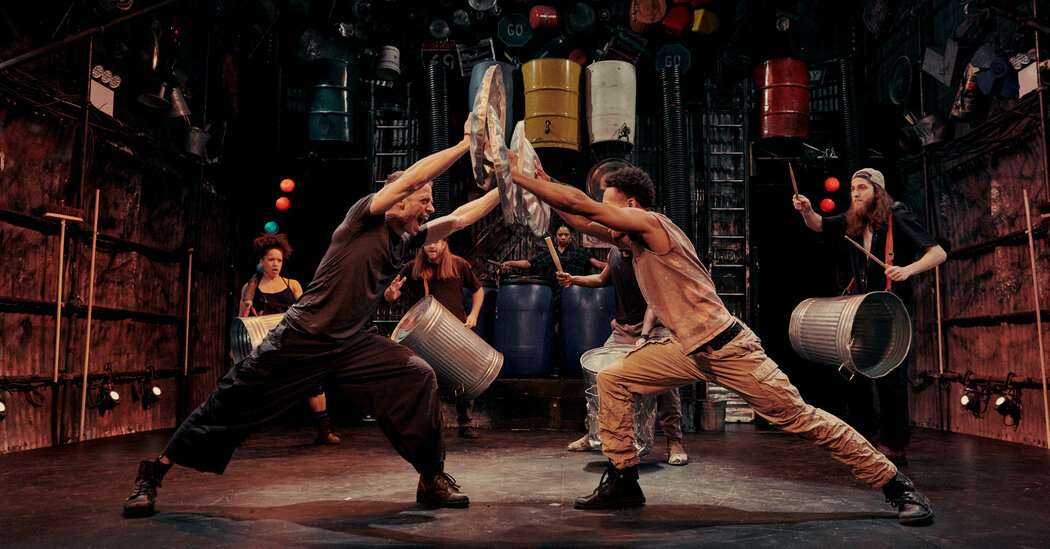 “Stomp,” the long-running show that repurposed mundane items like brooms and metal garbage can lids to create a gritty percussive stage spectacle, will close in New York on Jan. 8, the show announced on Tuesday. Its North American and European tours will continue to run.

Created and directed by Luke Cresswell and Steve McNicholas, “Stomp” made an immediate splash when it opened at the Orpheum Theater in the East Village on Feb. 27, 1994.

The wordless show “is banged, tapped, swished, clicked and clomped by eight choreographed percussionists,” Stephen Holden wrote in his 1994 review for The New York Times. “A modern vaudeville revue with a rock-and-roll heart, it is part tap-dance display (using some of the heaviest taps ever attached to shoes), part military drill, part swinging street festival.”

The New York production is ending its run because of declining ticket sales, the show said.

The news comes on the heels of the closings of long-running Broadway shows like “Come From Away” and “Dear Evan Hansen,” and the news that Broadway’s longest-running show, “The Phantom of the Opera,” will play its final performance in April. All of those shows cited the damage done by the lengthy pandemic lockdown, and the fact that audiences have not fully returned.

When “Stomp” closes, it will have played 13 previews and 11,472 regular performances.

“While we’re sad to see it close at the Orpheum Theater, we couldn’t be prouder of the impact that ‘Stomp’ has had — and will continue to have — as the tours run both here and in Europe,” the producers said in a statement announcing the closure.

Few shows have had such staying power, let alone widespread popularity around the globe — with performances reaching the United Arab Emirates, Australia, Japan and Norway, among dozens of other locales. There was a time when it was difficult to escape the troupe of performers, who showed up at the Academy Awards, on TV in a “‘Stomp’ Out Litter” public service announcement filmed across New York City and at President Bill Clinton’s millennium New Year celebration on the steps of the Lincoln Memorial.

In 2019, the show celebrated its 25th anniversary. It shut down just over a year later, in March 2020, in response to the coronavirus and later became one of the first Off Broadway productions to resume performances when it returned to the stage in July 2021.