The Wildest VMAs Hair and Makeup Looks of All Time: Pics 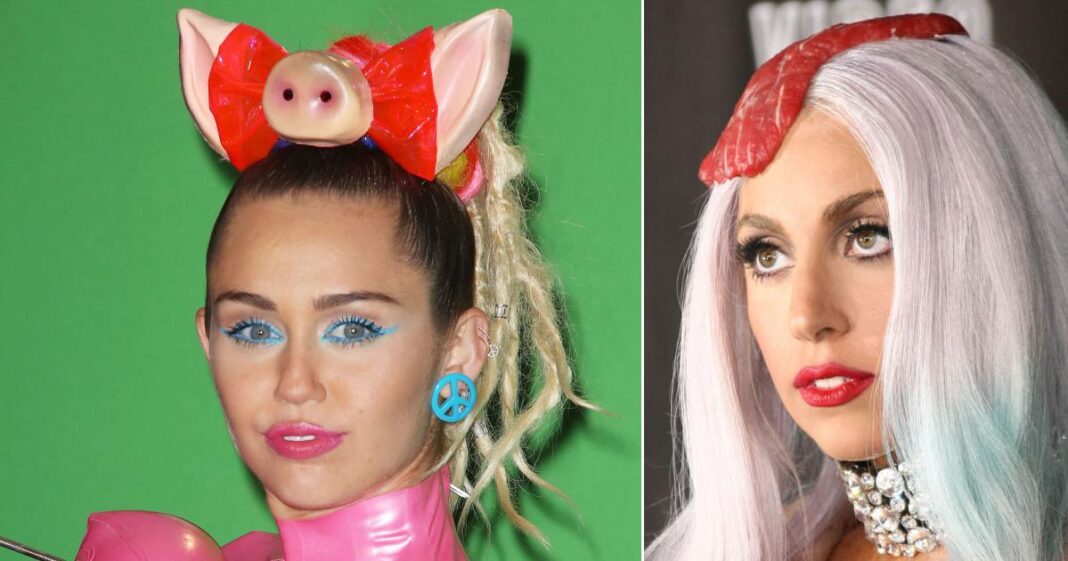 There’s no red carpet like a VMAs red carpet. Us Weekly’s Stylish has rounded up some of the wildest hair and makeup looks of all time from the ceremony that are sure to make you laugh — or maybe make your jaw hit the floor.

Music and fashion are obviously a huge part of the evening, but red carpet beauty is equally as memorable. Since the first awards ceremony in 1984, stars have made history at this event for debuting unexpected glam and hair looks. That includes the good, the bad and some that fall somewhere in between.

Coming in as one of the top wildest VMAs makeup looks of all time is Pamela Anderson’s dark blue eyeshadow and lip liner from 1999. We’re not sure what was more attention-grabbing: her ’90s face beat or the giant pink fuzzy hat that she paired with her white corset top and sparkly bottoms. It’s one of the most memorable looks, well, ever, and Kim Kardashian agrees! The reality star recreated the Baywatch alum’s entire look for Halloween in 2018.

As for hair, there are several contenders, but one of the boldest is Lady Gaga’s beefy hair accessory from 2010. Every fan of the singer likely recalls her getup from that evening: an unforgettable meat dress designed by Los Angeles-based artist Franc Fernandez and styled by Nicola Formichetti. And to top it off, she completed the look by wearing a slab of meat in her pastel hair. The look wouldn’t have been the same without it.

Gaga later reflected on the ensemble, telling British Vogue in 2021 that she sported the ensemble in support of the Don’t Ask Don’t Tell Policy repeal. President Barack Obama signed the motion to revoke the act in 2011, allowing members of the LGBTQA+ community to openly serve in the armed forces.

“We decided to do the meat dress because I thought to myself, ‘If you are willing to die for your country, what does it matter how you identify?’” she told the magazine. She added that the look “smelled like meat” and was “thrilling” to wear.

From super thin brows to hair accessories made of meat, keep scrolling to check out the 10 wildest VMA beauty moments of all time!

Listen on Spotify to Get Tressed With Us to get the details of every hair love affair in Hollywood, from the hits and misses on the red carpet to your favorite celebrities’ street style ‘dos (and don’ts!)