Wez Saunders takes over Defected with Full Acquisition My House Radio | House Music Broadcasts from all over the World! MyHouseRadio FM 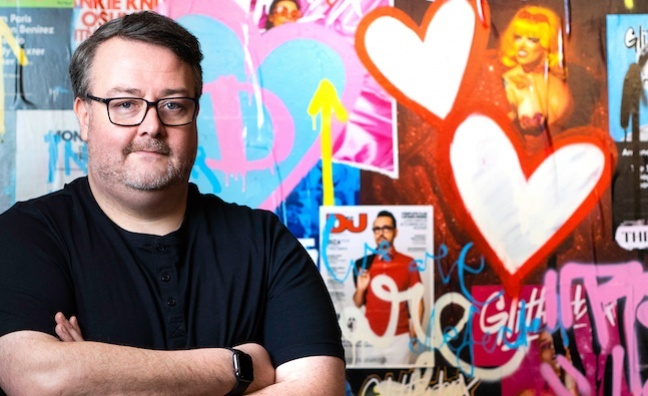 Wez Saunders has acquired dance label and music group Defected, Music Week can reveal. The independent label was launched in 1999 by Simon Dunmore.

Following the management buyout by the MD, Saunders has now become CEO of the group. Terms of the deal were not disclosed.

Documents lodged at Companies House show that Saunders has entered into a security agreement via a holding company with Pinnacle Bank to fund the acquisition of Defected. The deal was completed on July 29.

Founder Simon Dunmore will continue to work alongside Wez Saunders in his new role as A&R consultant. The pair have worked together since 2014.

Defected has reported its most successful year yet, with 2022 tracking at 2.4 billion global streams, 600,000-plus tickets across 300-plus events, and surpassing an online community of over 10 million.

Defected’s CEO Wez Saunders said: “Defected has always upheld house music’s standards globally by supporting innovative artists and by consistently servicing our community with quality recorded music, live events, digital marketing strategies and more. I am grateful to Simon Dunmore for his ongoing mentorship and for trusting us to continue his legacy, evolving the next generation of Defected. It is our intention alongside partners, associates, talent and staff to preserve the culture and values that built such a powerful community of artists and fans, while driving the business into a new era of investment, impact and expansion.”

It is our intention to preserve the culture and values, while driving the business into a new era of investment, impact and expansion

Simon Dunmore said: “Having survived multiple transitional battles and near-death experiences, I am proud to be considered a house music pirate, an entrepreneur waving the flag for the culture I love and in doing so building a reputable company that has marauded its way through the turbulent music industry for the last 23 years. All captains need a first mate, a leader to steady the ship and lead the crew. Wez Saunders has been my right-hand man for eight years. Together, we have navigated Defected into prolific times, helping build an incredible team and a business with solid foundations due to its treasure chest of masters and publishing catalogues.

“Dance music is in the ascendancy and a rising tide lifts all the boats. These are exciting times and I’ll continue to be part of Defected’s campaigns, but now I am delighted to be handing over the helm to Wez, who alongside our new partners will guide Defected into new fertile waters. A new era.”

Joining Defected as singles manager in 2014, Saunders stepped up from label manager to head of marketing in quick succession. He then spent six years as managing director, overseeing all aspects of the company, including recordings, promotions, events and business affairs.

Saunders navigated Defected and its staff through the Covid-19 pandemic. Defected inducted three new labels to the group during that time, also launching the Defected Virtual Festival series, which accumulated 50 million views and raised $1.2 million for the WHO’s Covid-19 solidarity response fund.

Defected earned a double-nomination at the 2021 Music Week Awards.

“Having proven his passion for the community and the brand, as well as his distinctly nurturing character, Defected believes Wez’s leadership style truly sets the tone for its next phase of business,” said a statement from the company.

Defected runs events globally including stages at major music festivals and standalone club nights, as well as residencies in Ibiza since 2003. 2016 saw the inaugural Defected Croatia, a six-day festival that draws more than 5,000 people, featuring 80-plus artists from the Defected roster and beyond.

The label’s event offering has continued to grow in recent years with sold-out shows at venues such as London’s Printworks and Ministry of Sound, Manchester’s The Warehouse Project, House of Yes in NYC and – new for 2022 – Defected Malta.