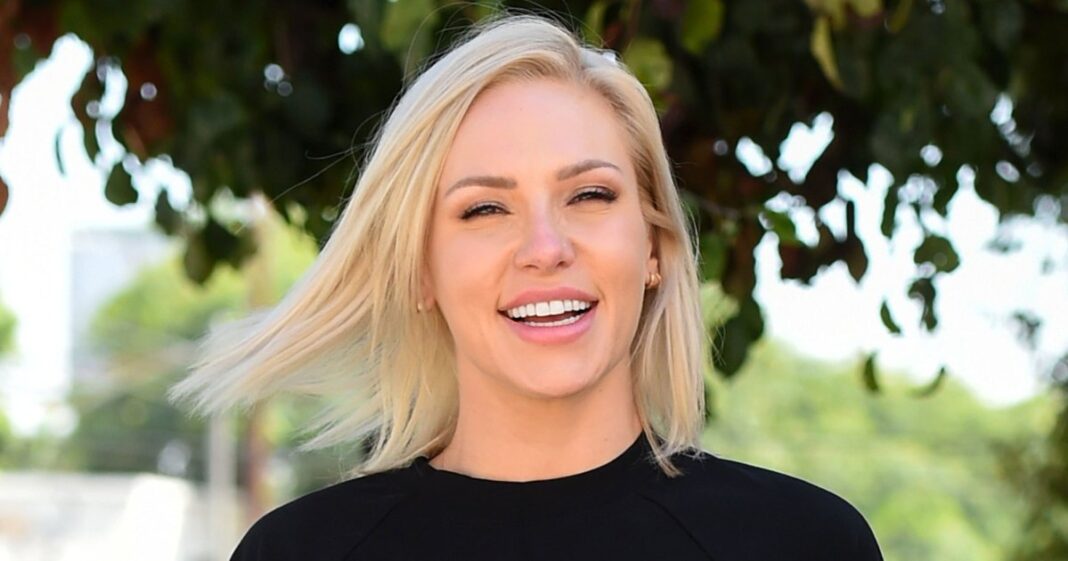 Taking a break! Sharna Burgess is focusing on motherhood and taking a step back from Dancing With the Stars ahead of season 31.

“After long conversations and lots of thinking and really trying to sit with what was right … I have made the really hard decision to not to do the season this year of Dancing With the Stars,” the 37-year-old dancer said in an Instagram Story video on Wednesday, August 31. “There has been a list that was released saying that I would be a pro and I won’t be.”

The Australia native — who welcomed her first child, son Zane, with Brian Austin Green in June — revealed that she will, however, still be a part of the dance competition.

“I will be there in some capacity. We’re still talking about that,” Burgess teased.

The ballroom dancer, who joined the hit reality series in 2011, noted that her body is “at 100 percent capacity” and she feels “fit, strong and so ready to dance.” Despite feeling physically ready to jump back into DWTS, Burgess’ time at home is currently her top priority.

“I was not ready to spend, at minimum, 10 hours a day away from Zane,” she said, explaining that with travel time to and from home, practice and actual show days it’s too much to juggle right now.

Burgess, who has been dating the Beverly Hills, 90210 alum, 49, since 2020, added: “I’m a full-time breastfeeding mama. And not only that, I am so in love with being a mom. As much as it was hard to say no to Dancing … I have this family and this newborn at home that I may never get these moments back [with].”

The TV personality confessed that she’s been “waiting for this for so long” so she is opting to fully embrace her new role as a parent instead of dancing full time.

“I’m going to live and love every single bit of it. But it does not mean that I won’t be around,” she concluded, again teasing, “You will see me, but it will just be in a different way.”

Burgess previously told Us Weekly about her plans for season 31 of the ABC series, which is moving to Disney+ this fall, noting she wanted to dance.

“I would love to do the next season of Dancing With the Stars. It’s a conversation — I have to wait another two weeks before I can work out to test my body to see,” she exclusively dished in July. “But as far as aesthetically getting the weight off or worrying about what I look like, I had the initial fear of looking in the mirror and seeing where I was at.”

The athlete added: “But if I’m not there dancing in person with them, I will for sure be supporting from the sidelines or in the audience.”

Us confirmed at the time, that the full slate of dancers had not been announced as their contracts were still being worked on.

Season 31 of Dancing With the Stars premieres on Disney+ Monday, September 19.