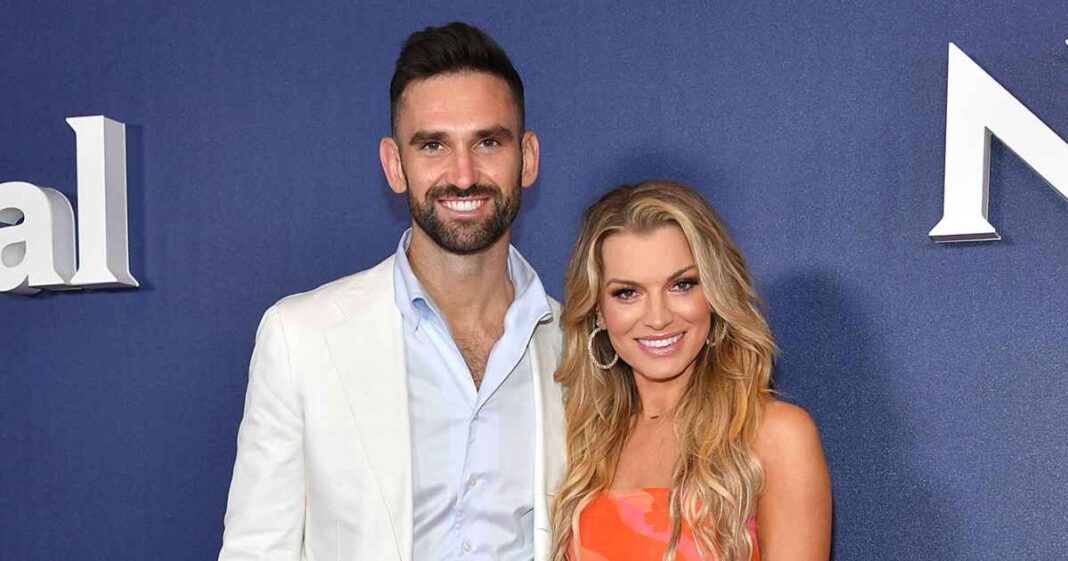 Wishing them well. After Carl Radke and Lindsay Hubbard announced they were engaged, Bravo stars were quick to send their congratulations.

Us Weekly confirmed the Summer House stars’ engagement in August 2022, following Radke’s romantic proposal at Dune Beach in Southampton, New York which was filmed for the show’s upcoming 7th season.

The reality stars have known each other for seven years, but they were longtime friends before their relationship got serious. The pair first took a shot at romance in summer 2019, which fans watched play out on Summer House season 5, but they decided to remain friends.

After the Pittsburgh native endured major life changes — losing his brother to addiction in August 2020 and subsequently getting sober in 2021 — he and the Hubb House PR CEO decided to give their love another go.

The happy couple exclusively told Us exclusively in May that they were on track to marriage. “We’re very serious, in love and very happy. We’re moving in together, finally. We’ve been trying to do that for a little bit,” Radke told Us during a joint interview at the NBCUniversal Upfront at the time.

“We had a good sort of baby steps to what hopefully will be a matrimonious living together situation, but hopefully you’ll be able to see it on season 7 of Summer House,” Hubbard added.

Following the news — and photos of the 3.5-carat diamond ring Radke presented to the New York native — numerous Bravolebrities reached out with their well wishes.

“Let’s goooooo 💎👏🏼💖,” Summer House cast member Amanda Batula commented on Radke and Hubbard’s Sunday joint Instagram post of the engagement while their Bravo costar Luke Gulbranson celebrated “REAL LOVE” via his Instagram Story with a photo of the duo.

Hubbard’s ex, Everett Weston — who was shown to be pals with Radke during season 1 of the Bravo series — gave his “Congrats” to the pair. In addition, several Vanderpump Rules stars sent their love while cast members of various Housewives franchises also commented with sweet messages.

“We’re very happy,” Radke revealed to Us in January ahead of the Summer House season 6 premiere. “She’s someone that’s been an incredible support and part of my life [for years]. … I mean, we make each other laugh like crazy. I’ve never felt more myself around someone than her. And for me, that’s powerful.”

Scroll down to see which Bravo personalities celebrated the lovebirds’ engagement news: