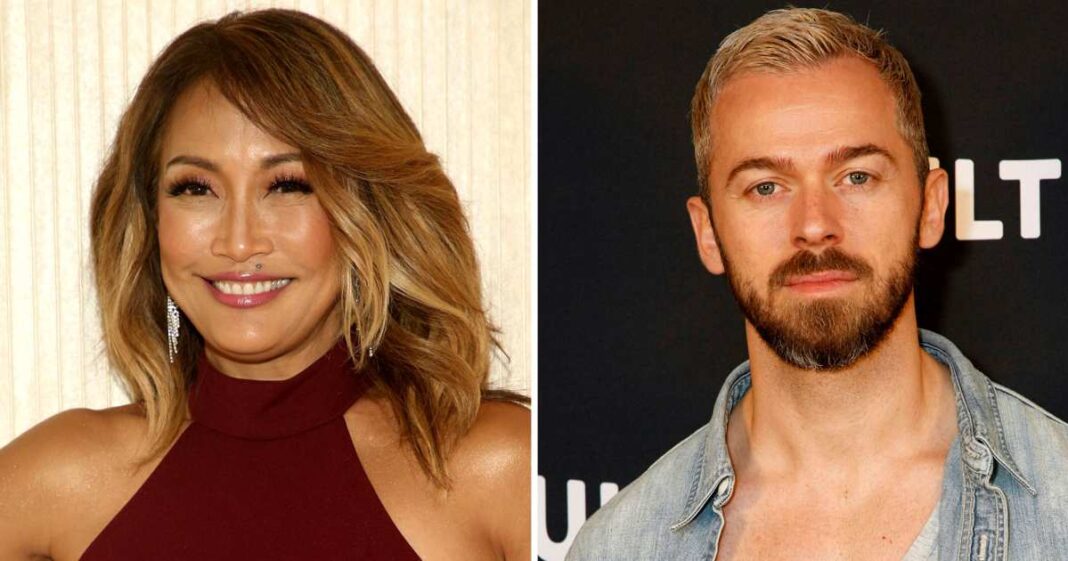 Happy for them. Carrie Ann Inaba sent love to ex Artem Chigvintsev after his wedding to Nikki Bella.

“Congratulations,” the Dancing With the Stars judge, 54, wrote via an Instagram Story of the joint wedding post by Bella, 38, and Chigvintsev, 40, on Monday, August 29. Inaba tagged both her ex-boyfriend and the Total Bellas star and added a slew of red heart emojis.

Bella and the Russia native announced the news of their nuptials via Instagram with a carousel of two photos — one detailed their wedding rings while another showed them on their special day in Paris, France. “We said I DO, can’t wait to share the entire journey with you all when our four-part special event series, ‘Nikki Bella Says I Do,’ premieres on @eentertainment. #NikkiBellaSaysIDo,” Bella captioned the series.

The newlyweds originally met when they were partners on season 25 of DWTS while Bella was still engaged to John Cena. After splitting from the wrestler, 45, Bella moved on with the ballroom pro in January 2019. They announced their engagement the following year and welcomed their son, Matteo, in July 2020.

Inaba and Chigvintsev’s relationship, meanwhile, goes back to the mid-2000s when they first met on the set of So You Think You Can Dance in 2006. After nearly three years together, however, the former couple called it quits.

“[He’s] a fine gentleman,” she told People in February 2009, noting that their split was amicable. “I have never gone out with somebody that grounded, always ready to talk it out. I’m very happy for him and the success he’s having.”

After Chigvintsev joined DWTS as a professional dancer in 2014, their past romance was back in the news. Bella later joked about their relationship in September 2019 after the ABC show changed the rules, so the judges’ panel had more of a role in the eliminations.

“I think we would have lasted longer if we had that option. I think Carrie Ann totally would have saved us. And not because you guys dated … but she really liked my technique!” the podcast host quipped on Entertainment Tonight.

Though she may have been generous toward Bella, Inaba still faced backlash in November 2020 regarding her perceived treatment of her ex. DWTS fans believed the judge was too harsh on the ballroom pro after her rough criticism of him and his Bachelorette alum partner at the time, Kaitlyn Bristowe.

“I think it’s hysterical. You know what I love though? This is what I love about the Bachelor fans and Bachelorette fans. They can create a story around it!” Inaba told Us Weekly exclusively following the November episode.

She continued: “And it’s weird because I totally understood what they were doing. They’re like, there’s jealousy there and there’s this and that because that’s what the Bachelor and Bachelorette is all about, right? It’s about creating stories about everybody. Look, I love Artem, I respect him, I love him and Nikki together.”