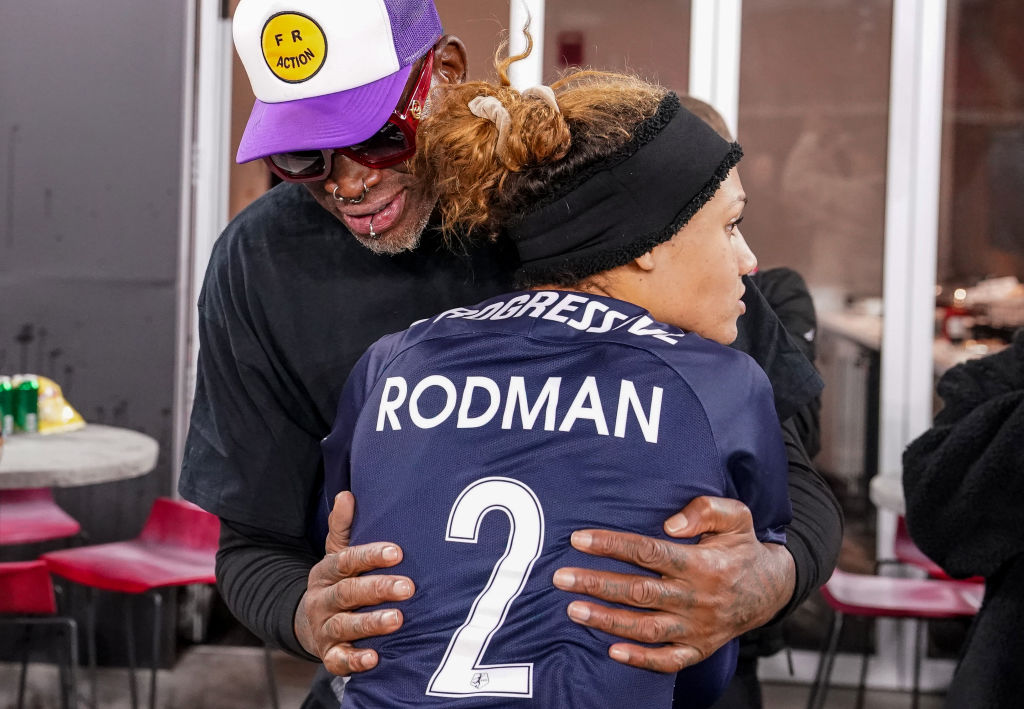 Trinity Rodman, who’s still just 19-years-old, made history after signing a four-year, $1.1 million deal with the Washington Spirit, according to BET.

“We’re incredibly excited to have Trin as a part of the Spirit family for at least the next three seasons,” Kris Ward, coach of the Spirit, said. “She has a truly special career ahead of her and makes us a better club on all fronts.”

ESPN reports that Rodman “joined the league last year on a three-year deal that averaged $42,000 in base salary, plus housing and bonuses.”

The league was able to pay her above the base salary by drawing from allocation funds, which allow teams to offer players amounts above the salary cap.

Those changes to the bargaining agreement increased the maximum salary for $75,000 for most players as well as the minimum pay to $35,000.

Rodman is set to make a $281,000 annual base salary, which puts her at a higher salary that World Cup star and NWSL veteran Megan Rapinoe.

In January, she accepted her first call up to the league and let the Spirit to win the NWSL 2022 title.

“She was one of the most exciting players in the league this past season,” USWNT coach Vlatko Andonovski said, adding that “she proved that she can be impactful at the professional level in NWSL.”

Her father, NBA legend Dennis Rodman, married Trinity’s mother, Michelle Moyer, in 2003. It was his longest-lasting marriage before the couple split in 2012.

Her brother, Dennis “DJ” Rodman Jr., is currently following his father’s footsteps and is a college basketball player for the Washington State Cougars of the Pac-12 Conference.

The five-time NBA champion has previously claimed that he has slept with more than 1000 women.

NBA Legend Father Boasts He Slept With More Than 1,000 Women Over The Years

While talking to boxing legend Mike Tyson on a recent episode of his podcast “Hotboxin,” Rodman revealed that his insatiable sex life “f***ed” with him during his playing days.

“I’ve done this twice in my life playing sports and I never knew that this s**t will f**k with you when you’re playing the game,” he said. “I’m trying to have s*x all night before the game. Doesn’t f****ng work out too well“

Rodman famously married Carmen Electra back in 1998, with the marriage lasting only 82 days before ending in divorce.

The basketball legend also happens to enjoy an oddly close relationship with North Korean leader Kim Jong Un, who has invited Rodman to the isolated country several times over the years.