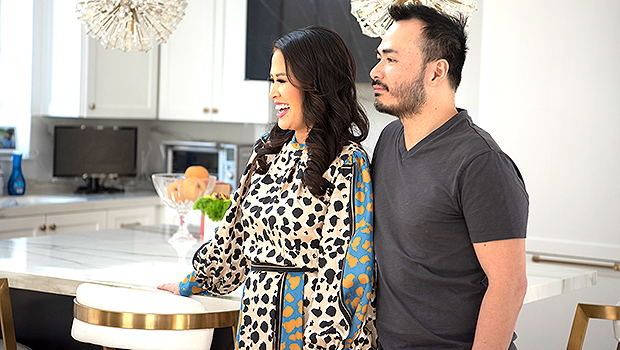 House of Ho returned for season 2 on August 25 and brought viewers back into the Ho households. After seeing their love story unfold in the first season, Judy Ho and Nate Nguyen are now expecting their first child together. However, Nate experienced great tragedy in 2021. He lost his 3 young kids in a devastating house fire. HollywoodLife spoke EXCLUSIVELY with Judy about how much of her relationship with Nate will be on the show going forward in the wake of Nate’s loss.

“There was a conversation between me and Nate where he just wanted to take a step back,” Judy told HollywoodLife. “What he was going through was still very fresh and raw, and he just didn’t want to put himself out there. So you will see him very little in season 2. But when it came to the IVF that was just something joyful and hopeful in our lives that we were willing to share. Because, if anything, that was something that we wanted to focus on.”

Judy admitted that every IVF appointment leading up to her pregnancy was “nerve-wracking” for her. “But in the end, we were very happy and it was successful. Looking back, hearing the heartbeat for the first time is something I’ll never forget, and it’s caught on camera,” she said.

In the first drop of season 2 episodes, Nate officially proposes to Judy (again). Given that the couple has a lot going on, don’t expect to see a TV wedding just yet. “We’re focusing on the pregnancy and the wedding is up in the air. That’s something to be determined,” Judy added.

Meanwhile, Washington Ho continues to be Washington. His marriage to Lesley Ho hit another rough patch after his relapse and a wild trip to Tulum.  “I was 90% certain that it was over. I remember just flying home and just really wondering what was gonna happen next. It wasn’t easy,” Washington said.

In episode 3, Lesley and Washington discussed having another baby. Lesley gave an update on whether or not they’ll be expanding their family any time soon.

Julia Morrison: Everything To Know About Armie Hammer’s Actress Ex Speaking Out In Docuseries

“I think you’ll have to watch to see. I think Washington isn’t exactly checking every box all the time, so I go back and forth,” Lesley noted. “There’s moments where the both of us agree, yes, let’s do it. And then there’s other moments that we come back, and we’re like, no, what were we thinking? But Judy’s pregnant and my sister is now pregnant, so I’m just having all this baby fever at the same time.”

In season 2, Washington’s had to get a “real job.” In addition to car sales, Washington revealed that he’s “built a music label. I’ve got my real estate team working right now. We’re closing deals, so things are getting exciting.” New episodes of House of Ho drop Thursdays on HBO Max.