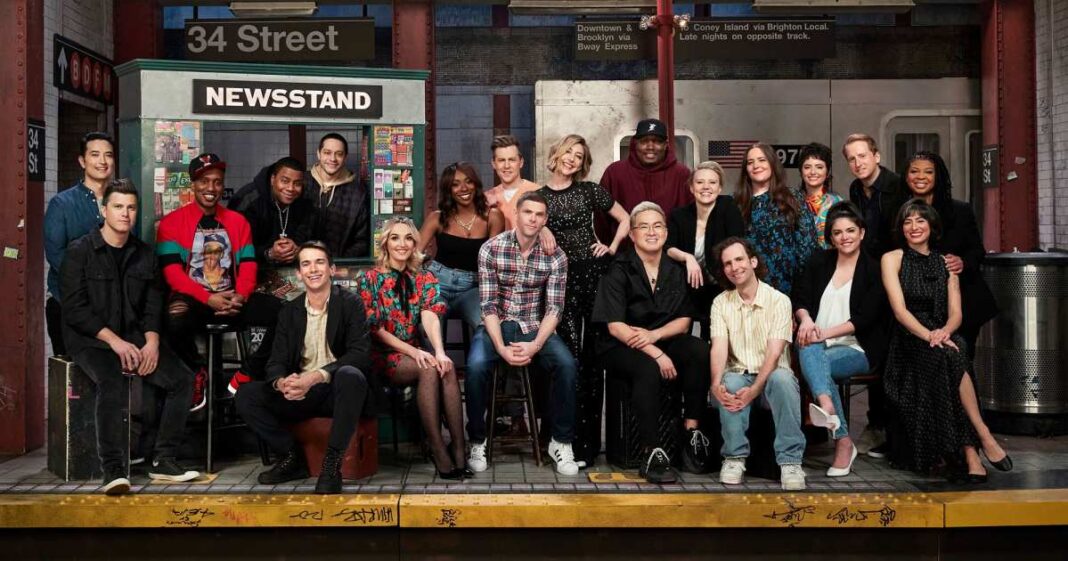 Live from New York, it’s season 48! Saturday Night Live is currently on its annual hiatus, but fans should expect some big casting changes once the show returns.

Deadline reported on Thursday, September 1, that three SNL stars have exited weeks before the season premiere: Alex Moffat, Melissa Villaseñor and Aristotle Athari. The 34-year-old actress was the second Latinx cast member in the variety show’s history after Noel Wells and the first to be promoted to repertory status.

Days before her departure from the comedy series made headlines, Villaseñor took to Instagram to promote her fall book tour and upcoming stand-up shows. She did not immediately address her exit.

Ahead of the cast shakeup, longtime producer Lindsay Shookus announced on August 19 that she was closing her SNL chapter. “After 20 seasons at Saturday Night Live (and 415 live shows – i counted!), I have decided to trade in the wild late night life and move on from the show,” she wrote via Instagram alongside a handful of photos from her time behind the scenes. “When I started in 2002, I was a baby from Buffalo, NY who didn’t know anything about the business, except that I so badly wanted to be somehow part of it. I found my place at SNL and I’ve spent the past two decades developing the most incredible friendships and memories alongside some truly brilliant and talented people.”

Shookus, who previously dated Ben Affleck from 2017 to 2018, also noted that she felt “excited about what lies ahead,” adding, “I will be forever grateful to Lorne for this once in a lifetime opportunity…thank you for your support, encouragement and freedom to bring my voice to this legendary stage.”

Kenan Thompson, the longest-tenured cast member in SNL history, sent his former colleague well-wishes. “😢 It’s been a pleasure of a journey my friend!!! ‘May the saddest day of your future be no worse than the happiest day of your past.’ Cheers!! ❤️❤️❤️,” he commented.

The 48th season of the NBC sketch series does not yet have a premiere date, and returning stars haven’t been officially confirmed. When season 47 came to an end earlier this year, four cast members bid the show farewell, including Pete Davidson and Kate McKinnon.

“When I got the show I was 20 years old and I had no idea what I was doing. … I got to share so much with this audience and literally grow up in front of your eyes. We were together through the good and the bad, the happiest and the darkest of times,” the Guy Code alum, 28, wrote via pal Dave Sirus‘ Instagram account ahead of the May 21 finale. “I owe Lorne Michaels and everyone at SNL my life.”

Scroll down to see which SNL cast members won’t return for season 48: