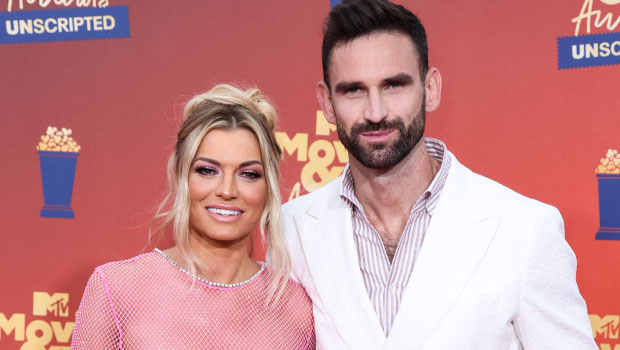 Congratulations to Lindsay Hubbard & Carl Radke! The gorgeous stars of Bravo’s Summer House are officially engaged! The romantic proposal went down on Saturday (August 27) during filming of the reality show on Southhampton’s Dune Beach, according to People. “I was so surprised, I’m still in shock!” Lindsay told the outlet, as Carl added, “It was quite the whirlwind throwing off Lindsay. She’s a tough one to catch off guard!”

Carl kept it a secret by telling Lindsay,  that they were headed to a group bonfire, but in reality, she was headed to a private picnic for two, per People. “As we got there, I told her, ‘We haven’t had time to have alone time this summer, and I wanted to do something special,’ ” Carl detailed. “And I had the ring in a beach bag that she was carrying that I snuck in there. And she turned her back, and I figured, ‘This is my chance’ and I grabbed the ring, got down on one knee, and I turned her around and told her I wanted to spend the rest of my life with her, how happy I was, and that our love story was just beginning.” TOO CUTE!

According to the source, Carl picked out a Nicole Rose ring featuring a “3.5-carat square brilliant cut cushion with two half-moon diamonds on the side”. Lindsay was clearly taken by the jewelry. “This is the most incredible thing I have ever laid eyes on, except Carl,” she said. “I don’t think I slept at all last night, I think I just stared at this ring. It’s gorgeous. He really crushed it, it could not have been more perfect.” The newly engaged couple and the stunning sparkler can be seen in photos here.

The adorable couple have been going strong since last October, when they decided to take a chance on their 7-year friendship and explore a romantic relationship. It appears to be quite a success, which is great news as they dipped their toe in the dating waters almost three years ago, but the timing was off. Now the future looks bright for Lindsay and Carl! “I threw my own timelines out the door, they do not exist,” Lyndsay told People. “Whether a wedding or marriage comes first or a baby, it doesn’t matter. This is my life partner; we want all the same things together.”