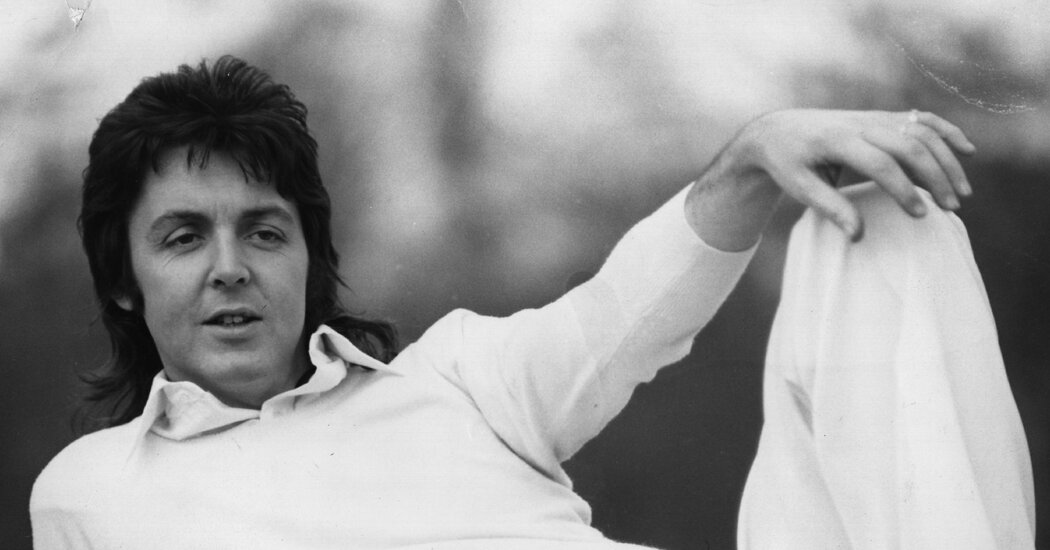 Inevitably, too, “The McCartney Legacy” is a graveyard of the once-robust music print press: Melody Maker, Disc, NME — “Enemy!” McCartney once exclaimed. His jousts with journalists give the book some of its best points of tension. Displeased with a negative profile, he and Linda once wrapped up a turd made by their baby daughter Stella (now a major fashion designer), according to Wings’ former drummer Denny Seiwell, and sent it to the reporter responsible. “Hold your hand out you silly girl,” McCartney telegrammed one music critic, Penny Valentine, quoting the Beatles’ “Martha My Dear,” after she called his first solo album “a bitter disappointment.” She was just wrong, he told her. “It is simple it is good and even at this moment it is growing on you.”

And you gotta love the aghast reaction of Clive James to the McCartneys’ somewhat cringey (though intermittently adorable) foray into television variety: a “monstro-horrendo, superschlock-diabolical special,” James wrote, that “burgeoned before the terror-stricken eye like a punctured storage tank of semolina.”

Trivia, the coin of the realm in pop culture writing, is spilled here in abundance. Lots of it feels relevant or at least redolent, like that Seiwell once played at Mount Airy Lodge, the place in the Poconos known for heart-shaped tubs, and also at Judy Garland’s last performance. Other facts, like the exact dimensions and cost of the luxury liner that took the McCartneys from Le Havre to New York, might be superfluous.

Most notably in a book that is all notes — both musical and literary — is how much its subject, in between eponymous albums, is forever trying to escape being Paul McCartney. The “man of a thousand voices,” as Valentine called him, is also a man of a thousand faces: writing songs for others under the fusty nom de plume “Bernard Webb”; checking into hotels under the alias “Billy Martin”; pretending to be a socialite named “Percy ‘Thrills’ Thrillington”; producing as “Apollo C. Vermouth”; signing his own sleeve copy as “Clint Harrigan”; even titling a song and album — his greatest, in my opinion — after a preferred pseudonymous surname, “Ramon.”

There will be thousands more pages written about Paul McCartney, and yet, he seems to be taunting, we will never catch him.

Previous articleCan You Be A Top Rapper If You Don’t Write Lyrics?
Next article‘Stomp’ to Close in New York in January