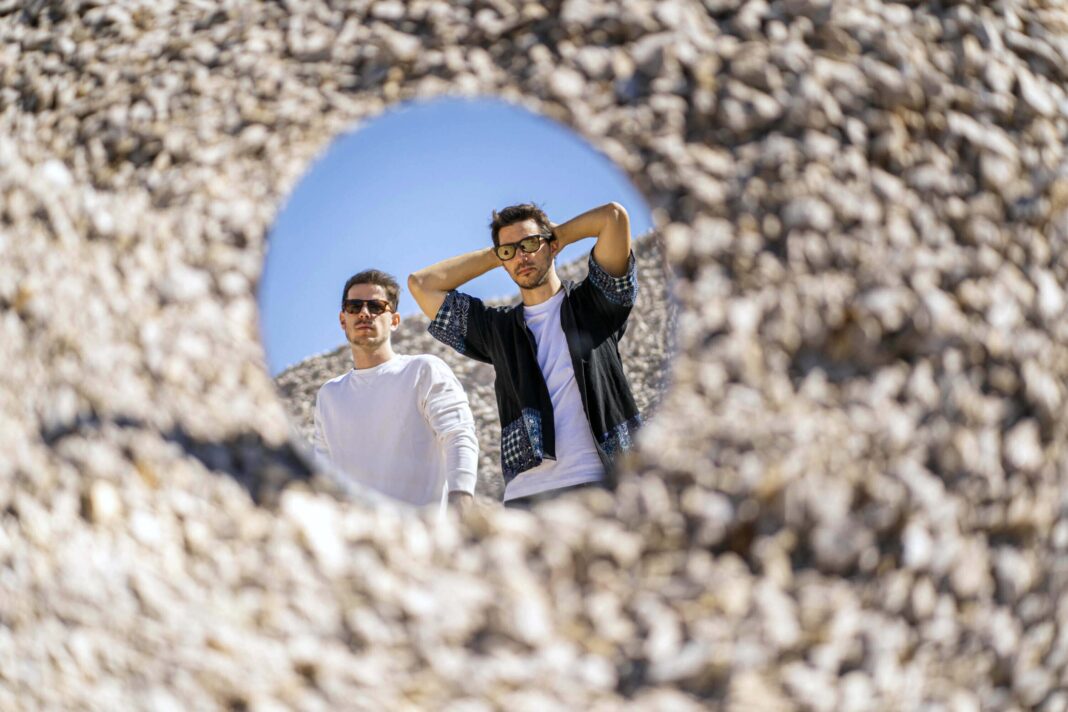 Belau are one of the most promising electronica newcomers around the European music scene. In four years, they had more than 200 live performances in 25 countries. The debut LP, ‘The Odyssey’ won the Hungarian Grammy in best electronic music album category. Their long-awaited sophomore album, titled ‘Colourwave’, made their name on international level, now they release ‘Unimaginable’ featuring Sarah Jay Hawley, who was the vocalist of legendary Massive Attack album, Mezzanine.

‘Take You to The Sea’ – claims about their compositions. Belau (Peter Kedves and Krisztian Buzas) is a band who tries to provide shelter for the modern human through their music – representing the path to self-awareness through the depth of the individual – by making modern and elegant electronic beats with longing lyrics driven for the solace of the mind. Forever inspired by the fundamental elements of the nature, especially the infinite sea.

The duo had many international successes. In the last years they played more than 200 shows in 25 countries and impressed audiences at renowned festivals like Primavera, Eurosonic, Electric Castle, Sziget, SXSW – to name just a few. Belau was supported by radios like BBC Radio 1, Triple J or KEXP and mediums like Clash Music, Billboard, The Line of Best Fit, or Rolling Stone. Their debut album won the Hungarian Grammy Award, the second one streamed by millions and had massive radio successes.

Belau is back with a new single called ‘Unimaginable’ featuring a soulful English art-pop electronica artist, Sarah Jay Hawley, who was the vocalist of legendary Massive Attack album, Mezzanine. The vocal was recorded by Martin Smith who also worked with Bombay Bicycle Club, Bob Sinclar, Jarvis Cocker, Groove Armada. “As long as we give it to ourselves, there comes a point when we realize how much more difficult it is to sustain the unsustainable illusion around us than to simply become ourselves. Beyond this point we simply no longer wish to be other than what lies within us. From the starting perspective of this process – as the title of the song states – the end result is unimaginable, but the path of the anxious person can be purification itself, and there is certainly a way out of the infinitely hopeless. The music video sets a fine example of this process. For us it was a huge honour that Sarah said yes to our request and we could have a really special underwater video for it. We feel that the song, the lyrics, the music video and the creators are now in a wonderful harmony” – said the electronica duo about the new single which is a dreamy soulful r’n’b hymn.

Belau are currently working on their third LP. Hungary’s No.1 musical export good will continue their European tour in 2023 included some clubs shows and summer festivals. You can always find all the updated information about the new dates or the special splatter vinyl release on their social pages.